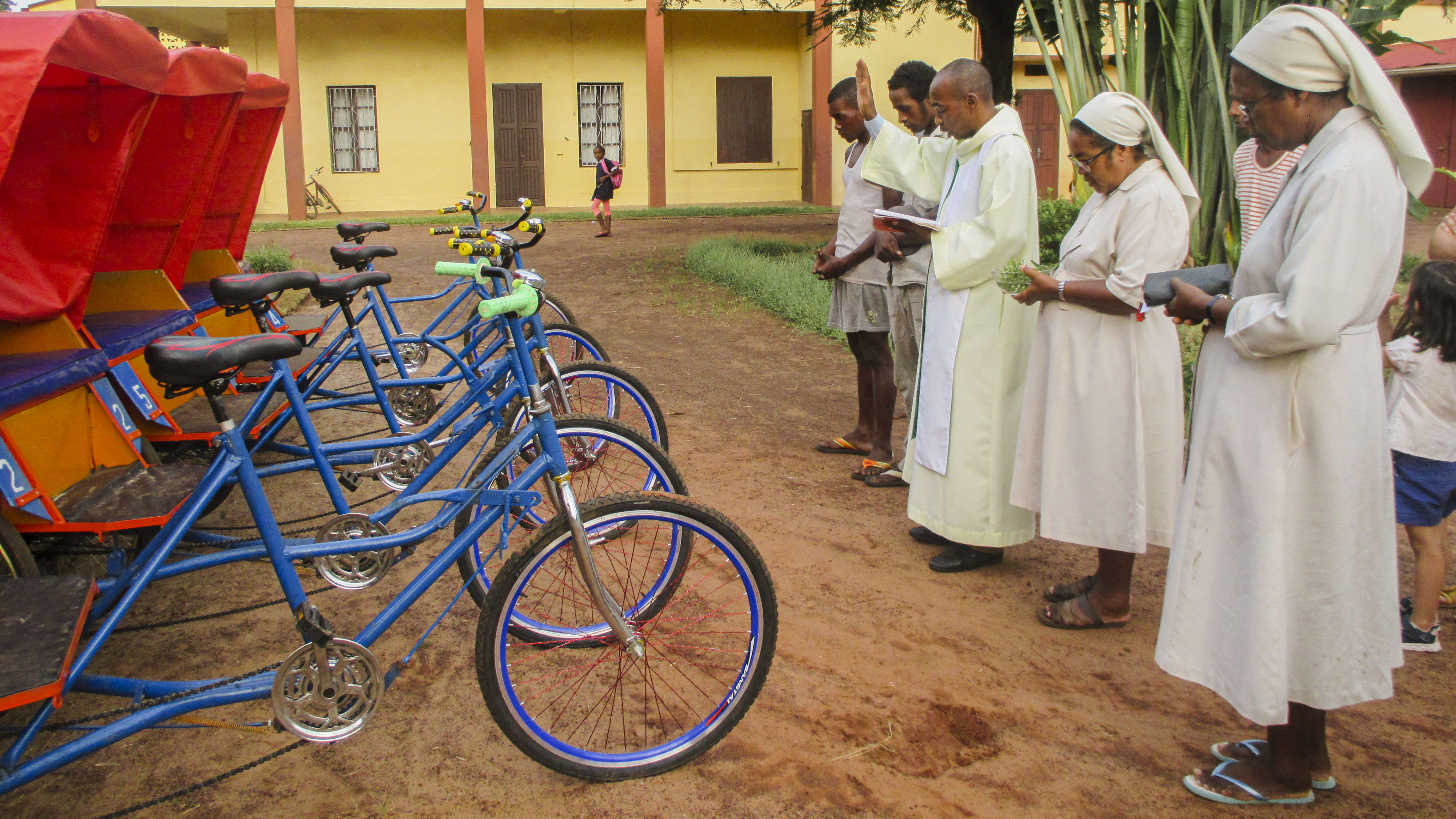 Autonomous in a rickshaw - We did it !

5 young Malagasy men finally independent thanks to you!
July 27, 2020
Soeur Marie-Clarisse
We did it

As Sister Marie Clarisse told us in the presentation of the project, many young people are unemployed in the Farafangana region, and many fall into drugs. In the city, for the majority, the bicycle rickshaw is the only means of transportation. The Community of the Daughters of Charity had decided to provide 5 rickshaws to 5 poor young people whom they accompanied, to help them get out of poverty and to help their families. After meeting with a supplier to get an idea of the budget, the sisters had appealed to your generosity to carry out the project.

When we received the funds, we went to buy the rickshaws from the manufacturer who had drawn up our estimate, unfortunately he had gone bankrupt in the meantime and we had to go to Antsirabe. The rickshaw was cheaper there but became more expensive with the transport of the material. Luckily the project had been funded more than expected and the funds were sufficient. On our return to the community we gave an appointment to the 5 beneficiaries to give them their work tools in exchange for good care and maintenance. 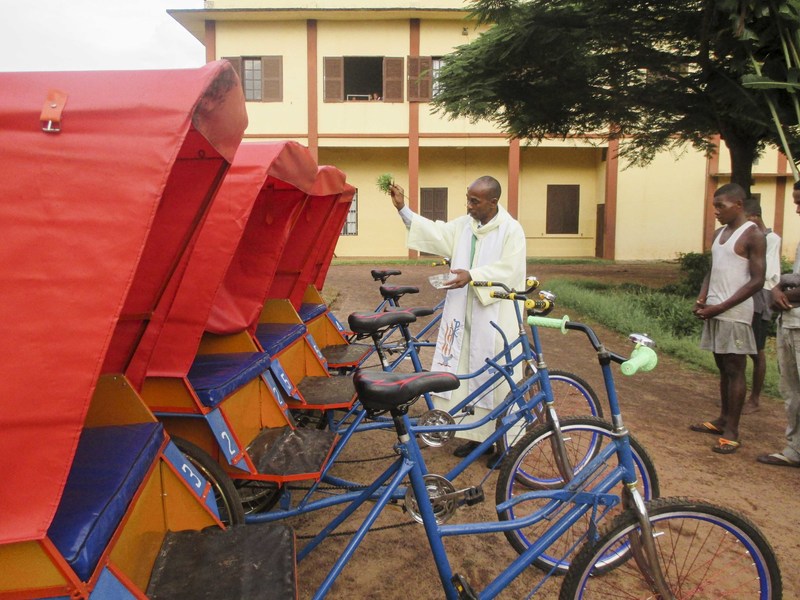 These young men were blessed as well as their future work and their rickshaw, all were delighted and very grateful. 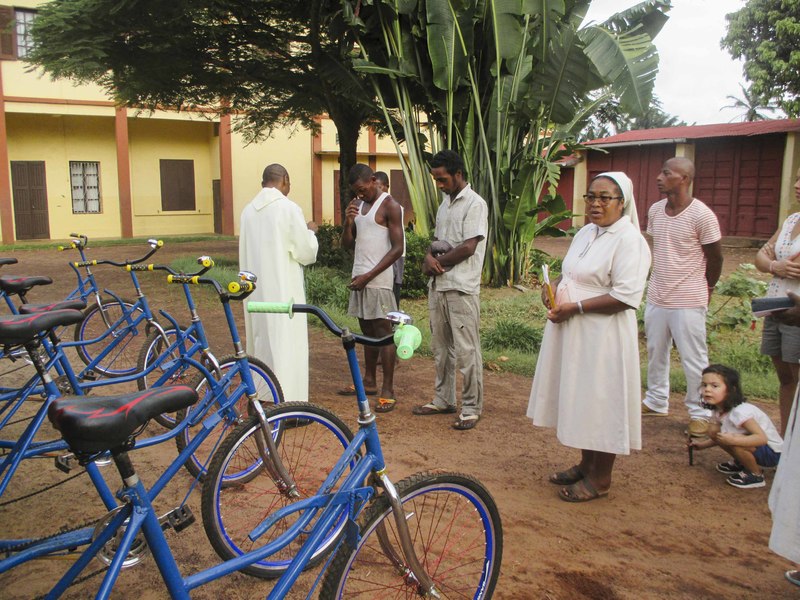 One of the beneficiaries, Tata Albert, father of 3 children, used to have to rent a rickshaw to support his family at the price of 5000AR per day. Sometimes he could not even collect this amount in one working day to pay back the rent. He was desperate for it. Since he has his own rickshaw, this boy has blossomed and can take care of his family. 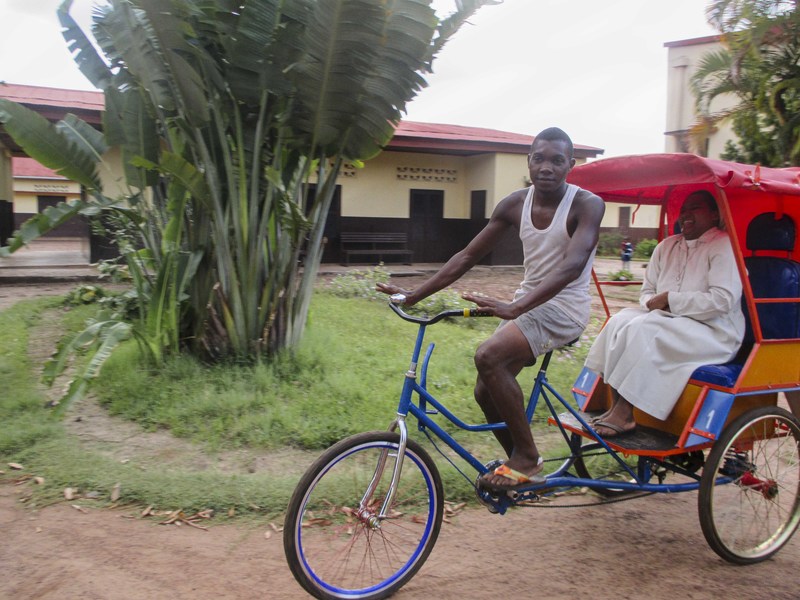 This project gave work to 5 unemployed young people, making them independent to provide a decent living for their families.

These boys are very proud of their situation. Thanks to the success of the collection, the remaining 181,016 ARs will be used for maintenance and possible repairs of the rickshaws.

Tata Albert, Victor, Antonio, Vandame and Eric and their families thank you for your generosity which enabled them to get out of poverty!