Who was Rosalie Rendu ? 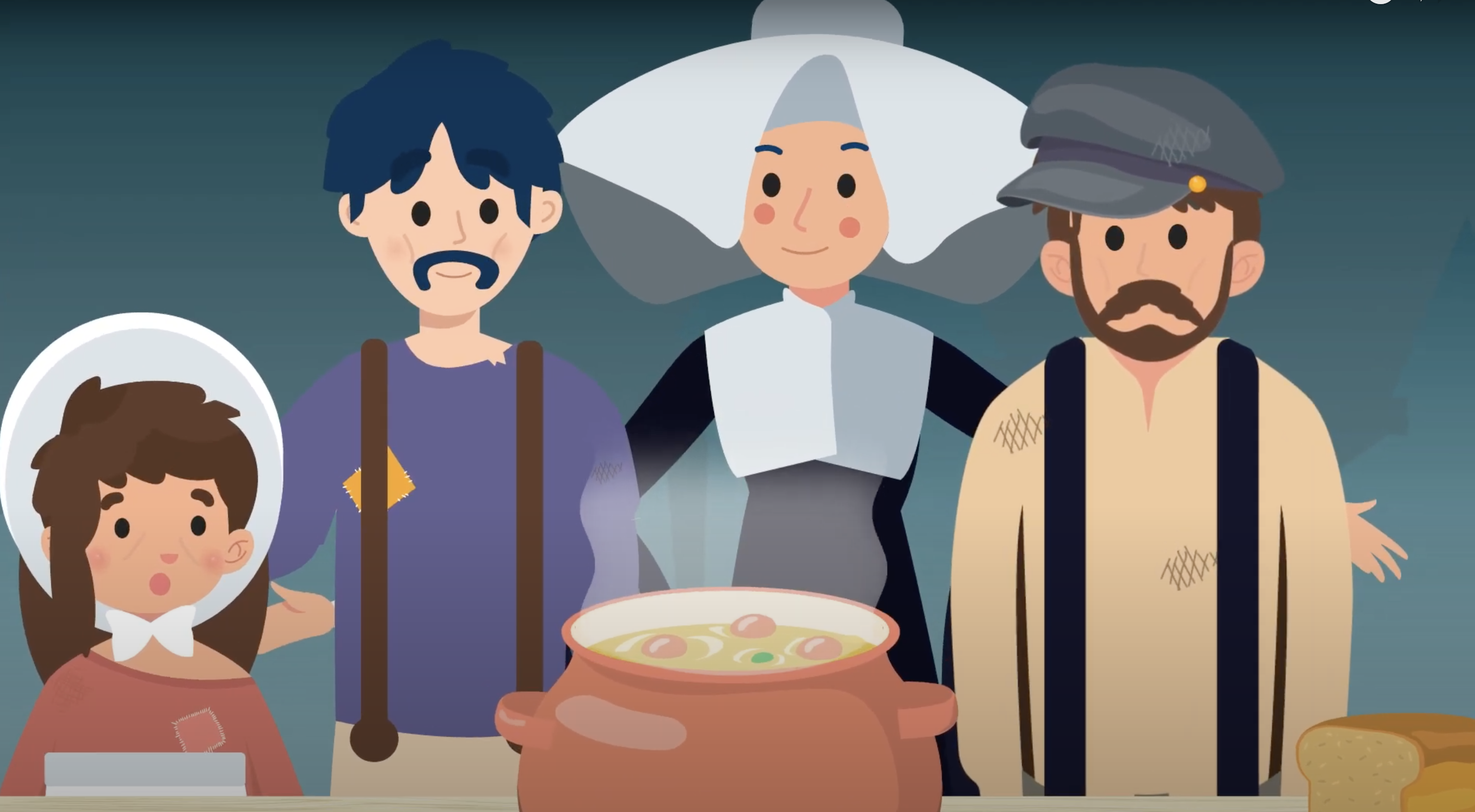 Our platform was named after the illustrious Rosalie Rendu, a Daughter of Charity of the XVIIth century and a great figure of the Vincentian Family known for her numerous actions in favour of the most disadvantaged. Discover its history 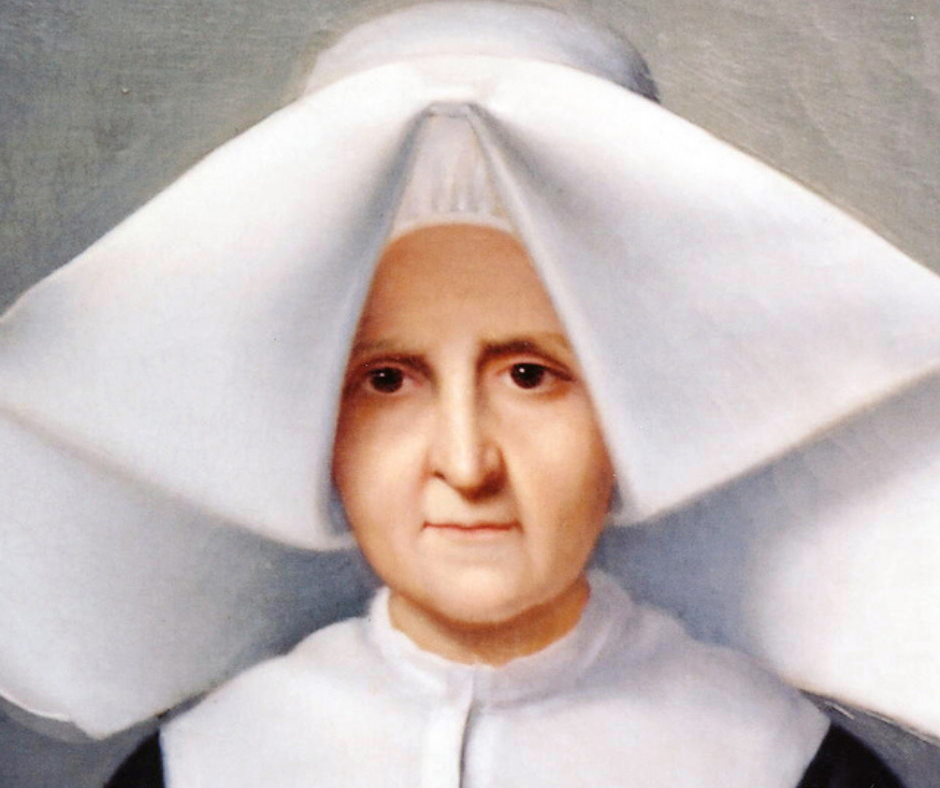 Jeanne Marie Rendu was born on September 9, 1786 in Confort, in the canton of Gex, in the Jura. She is the eldest of four girls. Her parents, small landowners in the mountains, lived a simple life and enjoyed a certain ease and esteem in the whole country.

Jeanne Marie Rendu was three years old when the Revolution broke out in France. In 1790, the adhesion by oath to the Civil Constitution of the Clergy was imposed. Many priests, faithful to the Church, refused this oath. They were expelled from their parishes, some were put to death, others had to hide to avoid prosecution. The house of the Rendu family becomes a refuge for these refractory priests.

It is in this atmosphere of solid faith, constantly exposed to the danger of denunciation, that Jeanne Marie is educated. She made her first communion one night, in the cellar of her house, by the light of a candle. This exceptional climate forged her character.

In the aftermath of the Terror, people's spirits were calmed down and, little by little, life returned to normal. Madame Rendu, now a widow and concerned about the education of her eldest daughter, sent her to the Ursuline Sisters in Gex. During her walks in the city, she discovers the hospital where the Daughters of Charity take care of the sick. She had only one desire: to join them. After an internship in this place of suffering, the call of God, which she had sensed for several years, became clear: she would be a Daughter of Charity.

At the time, this was the most miserable neighborhood in the capital, which was in full expansion. Poverty in all its forms, psychological and spiritual misery, disease, insalubrious slums, and destitution were the daily lot of the inhabitants trying to survive. Jeanne Marie, who received the name of Sister Rosalie, did her "apprenticeship" there by visiting the sick and the poor.

Her closeness to the harsh reality of the inhabitants allowed her to understand their needs and to create a whole network of works to meet them. To help all those who suffered, she opened a dispensary, a pharmacy, a school, an orphanage, an oratory for young workers, a house for the elderly without resources...

She often repeated to her sisters:

She lived through three epidemics of cholera and smallpox and two revolutions (1830 and 1870), during which she came to the aid of all without distinction:

« I am a Daughter of Charity, I have no flag, I come to the aid of the unfortunate wherever I meet them »

She was also one of the first to fight against child labor and despite the obstacles, she opened the first nurseries to educate them and allow humble women to work to feed their families.

« Why forbid poor women -as if it were a fault-, what women from wealthy backgrounds do when they entrust their children to nannies, sometimes far away, to have more freedom? »

Her dedication and kindness contributed to her fame. Her reputation quickly spread to all the districts of the capital, and beyond, to the provincial cities. Sister Rosalie knew how to surround herself. Donations poured in quickly, the rich could not resist this persuasive woman; even the sovereigns who succeeded one another at the head of the country did not forget her.

Bishops, priests, ambassadors, writers and generals were often seen in the parlour of the community. Students aspiring to great careers: in law, in medicine, students of the École Normale and the École Polytechnique, each one coming to Sister Rosalie for advice, information, a "good work" to accomplish.

Blessed Frédéric Ozanam accompanied her on her visits to the most destitute, which later led him to found the Saint Vincent de Paul Society.

Sister Rosalie Rendu was at the center of the charity movement that characterized Paris and France in the first half of the 19th century.

If you want someone to love you, love first, and if you have nothing to give, give yourself!

The emotion was considerable in the neighborhood, in all social circles in Paris and in the provinces. After the celebration of her funeral in the church of Saint Médard, a huge and very emotional crowd followed her body to the Montparnasse cemetery. They came to express their admiration for the work accomplished and their affection for this extraordinary Sister.

Sister Rosalie Rendu: a model of audacity for the Daughters of Charity today

« In an era troubled by social conflicts, Rosalie Rendu joyfully made herself the servant of the poorest, to give back to each one his dignity, by material help, by education and teaching of the Christian mystery, pushing Frederic Ozanam to put himself at the service of the poor. His charity was inventive. Where did he find the strength to do so much? It was in her intense life of prayer and in her unceasing prayer of the rosary, which never left her side. Her secret was simple: as a true daughter of Vincent de Paul, like another nun of her time, St. Catherine Labouré, she saw in every man the face of Christ. Let us give thanks for the witness of charity that the Vincentian family never ceases to give to the world »

« The poor will call you names. The coarser they are, the more worthy you must be of them. Remember that these rags hide Our Lord from you »

Prov. 31, 20-26 She opened her hand to the poor and held it out to the poor. In her mouth, there were only words of kindness.

« O God, who gave the blessed virgin Rosalie the gift of your Spirit of Love, so that she might help those in distress and abandonment. Following her example, give us also the joy of discovering Christ in the poor and of serving Him with untiring charity. »