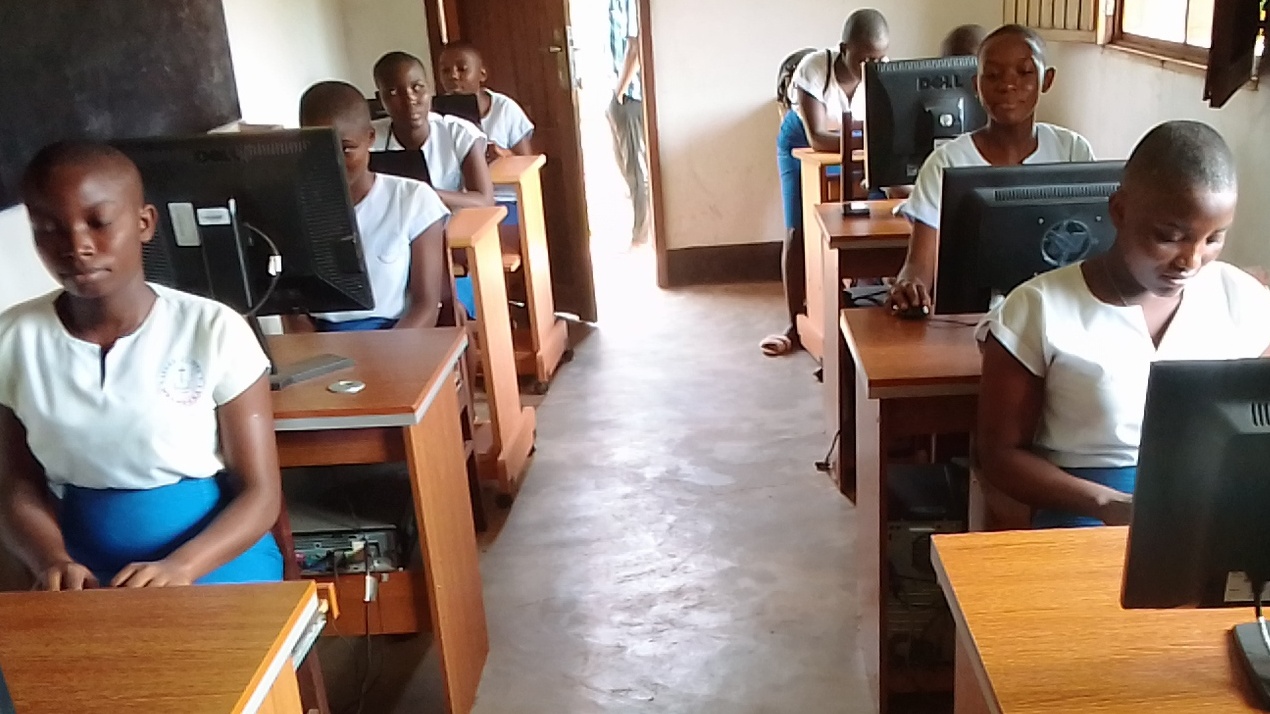 Solar panels to power the Elikya library
October 29, 2021
Sister Léontine NDONGO
We did it

A work of the Daughters of Charity of Saint Vincent de Paul, the Elikya library is the only one in Mbandaka (Congo) that meets the needs of many students and researchers who come here to deepen their educational knowledge, their culture, and to prepare their final dissertations and other research work.

Thanks to your donations, Sister Léontine Ndongo was able to carry out the project "Enlightening the Minds" that was presented to you.

Solar panels to power the library 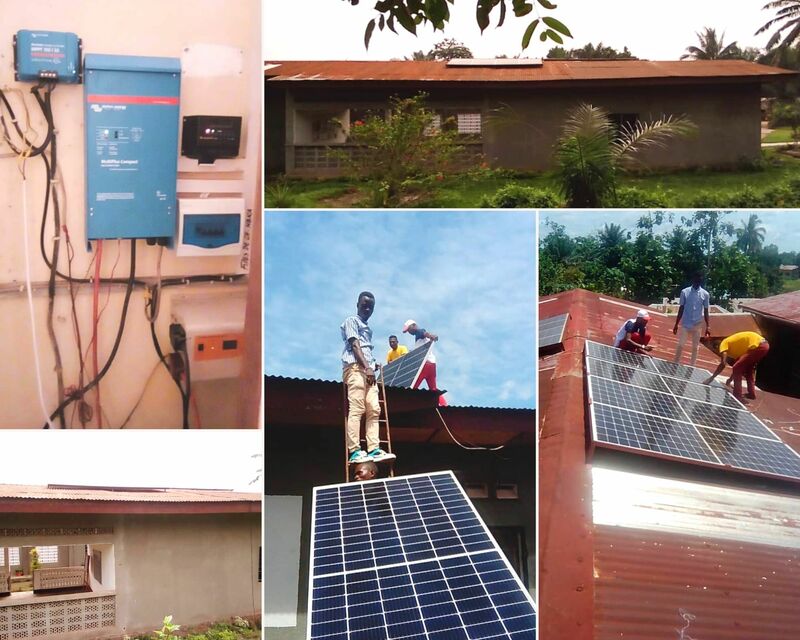 The objective was to solve the numerous difficulties encountered until then by the lack of electrical power which caused power cuts in the offices and study rooms. Students were frequently confronted with the problem of lost computer data not backed up or the absence of an Internet connection.
Once the various purchases were made in the city of Kinshasa, the technical team set to work. Day after day, the experts carried out the various works necessary to install the 6 solar panels on the roof of the library. 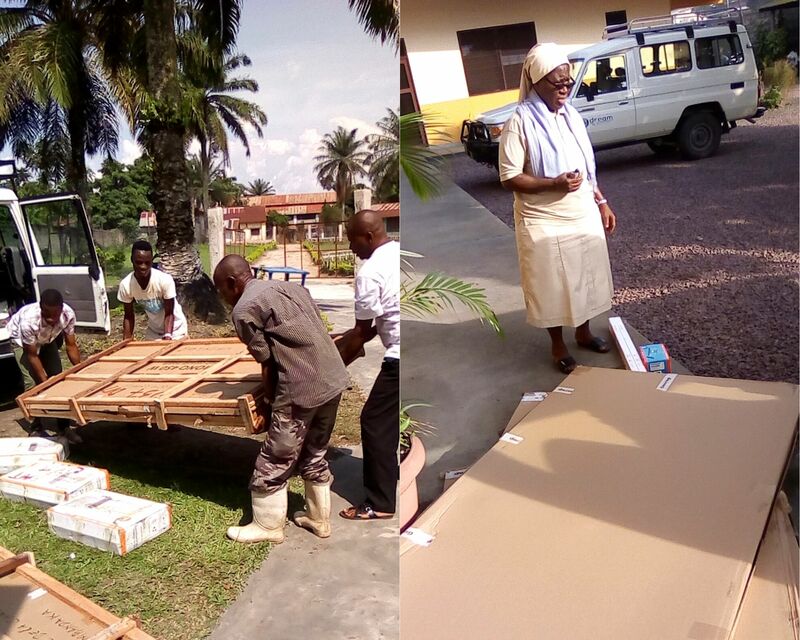 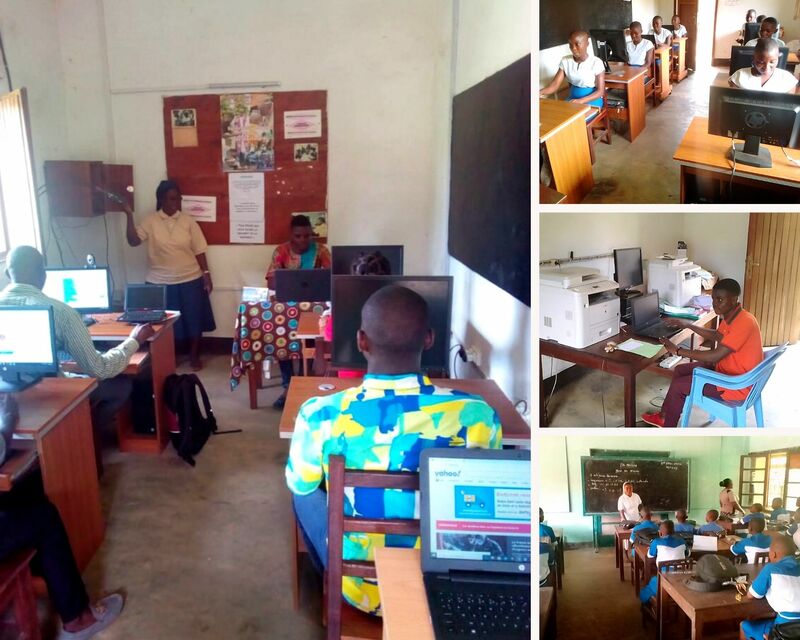 This new source of solar energy is like the light coming from the sky for the community of the Daughters of Charity of Mbandaka, but also for the pupils, students and other researchers of the city. More than 2000 people will be connected to the internet, and 500 students and researchers will be able to continue their work as these two happy users can testify:

Sister Apolline Wabi, Daughter of Charity of Saint Vincent de Paul: "I am a student, I often visit the Elikya library. Before, we were slowed down by the frequent lack of electrical power, now with the installation of some solar panels, I can work and print my documents without any problem. Thank you very much to the donors of the "Enlightening Minds" project. Without you, we could not have access to do serious work from the Elikya Library. Thank you!"

Mokotwako Jeremie: "Before this project, the lack of electricity and power was low and the computers were suffering. Also, there was no accessibility for readers and researchers to do their research. But today, the computers work without power outage and facilitate the research to the internet. We don't have power problems anymore, everything works great!" 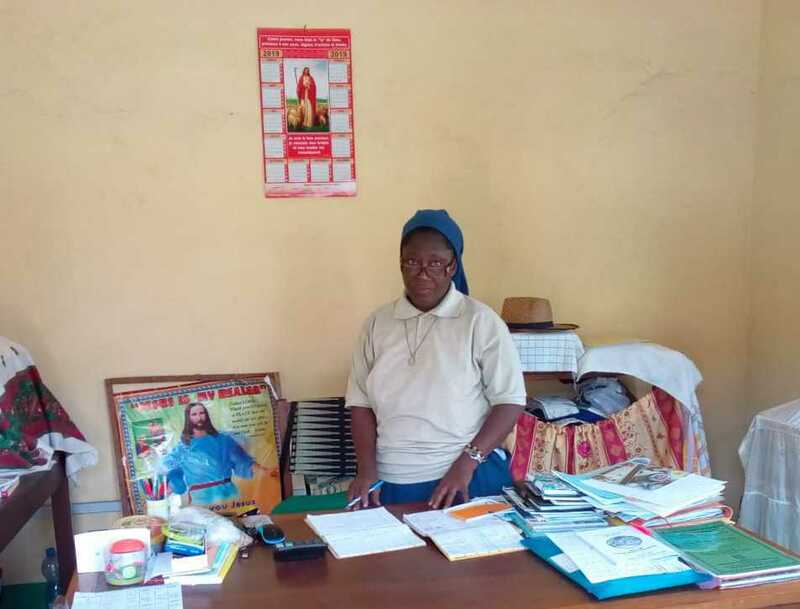 « We thank you from the bottom of our hearts for this beautiful project "Enlightening Minds" that you have just made possible with your donations. As you know, we could never have gotten to where we are today without you. Your donation has made our dream come true: to use solar energy to power our dozens of computers, and to light our offices without power problems. Your support for this project is for us a precious participation in the work entrusted by the province of Congo. We are happy and more motivated than ever. Thank you very much for your generosity and your support at our side. » 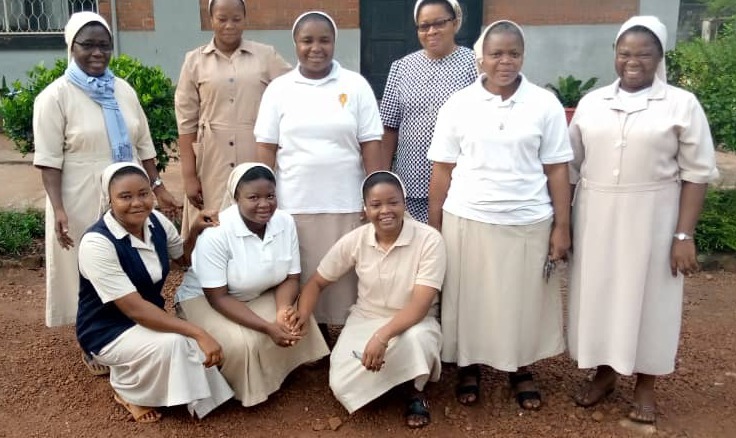 With Them, Through You