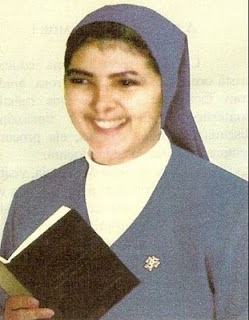 Lindalva was born on October 20, 1953, in Sitio Malhada da Areia, a very poor region of North Rio Grande State in Brazil. She was the sixth of the thirteen children from her father's first marriage, Joaõ Justo da Fé, a peasant. Lindalva was baptized on January 7, 1954.

If this family was not very well off, it was rich in the Christian faith.

She made her First Communion at 12 years of age. During her school years, she was always happy to go help the less fortunate. Later, when she lived with her brother Djalma and his family in Natal, she obtained a diploma as an administrative assistant in 1979. She held several jobs in shops but found time after her work to go visit elderly people in a retirement home.

In 1982, while she lovingly cared for her father during the last months of her illness, she thought seriously about her life and decided to serve the poor. She then enrolled in a nursery course, while enjoying the typical moments of youth, forming friendships, taking guitar lessons and continuing to cultivate herself through studies.

In 1986, she participated in vocation programs activities by the Daughters of Charity. After receiving the Sacrament of Confirmation in 1987, she applied for admission to the congregation. On February 11, 1988, on the Feast of Our Lady of Lourdes, she began her postulancy, edifying her companions by her good humor and her special attention for the poor.

On January 29, 1991, Sister Lindalva was assigned the task of caring for forty sick elderly people in the retirement home of Salvador de Bahia. She devoted herself to the humblest tasks and was especially attentive to those who suffered most by seeking to provide them with spiritual and material comfort, especially by encouraging them to receive the sacraments. She sang and prayed with them and also took the exam for her driver's license in order to take them on outings.

In January 1993, Augusto da Silva Peixoto, a forty-six-year-old man of irascible temperament, succeeded in getting himself easily admitted to the establishment, thanks to someone’s recommendation, although he did not have the right to be there. Sister Lindalva treated him like the other patients, with the same respect and thoughtfulness, to the point that he fell in love with her.

For her part, she remained cautious and kept her distance from him, which nevertheless did not prevent him from declaring his evil intentions towards her. She could simply have left her post, but her passion for the elderly made her say:

"I prefer to shed my blood than to give up my post."

Augusto's advances became so insistent and dangerous that she resorted to the help of a health official. Although Augusto promised to improve his attitude and behavior, he held in his heart the spirit of hatred and revenge until he concocted a murderous plan.

On April 9, 1993, Good Friday, Sister Lindalva took part in the Way of the Cross in her parish at 4:30 in the morning. By 7 o'clock she was at her station to prepare and serve breakfast, like every morning. As she was serving coffee at a table, Augusto drew closer and thrust a fishmonger's knife above her collarbone. Falling to the ground, Lindalva shouted several times "My God, protect me." Patients came running to protect her. Delighted in a sort of madness while supporting her body, Augusto struck her forty-four times, shouting, "I should have done it sooner." Then, suddenly, he calmed down, sat down in an armchair, wiped his knife on his pants, threw it on the table and shouted: "She did not want me!" Then, turning to the doctor, he said: "You can call the police, I will not run away, I did what I had to do."

The following day, Holy Saturday, Cardinal Lucas Moreira Neves, a Dominican and primate of Brazil, celebrated the funeral of this 39-year-old Sister with this comment:

"A few years sufficed for Sister Lindalva to crown her religious life with martyrdom.".

Sister Lindalva was beatified in 2007; she is commemorated in the Roman Martyrology on January 7. 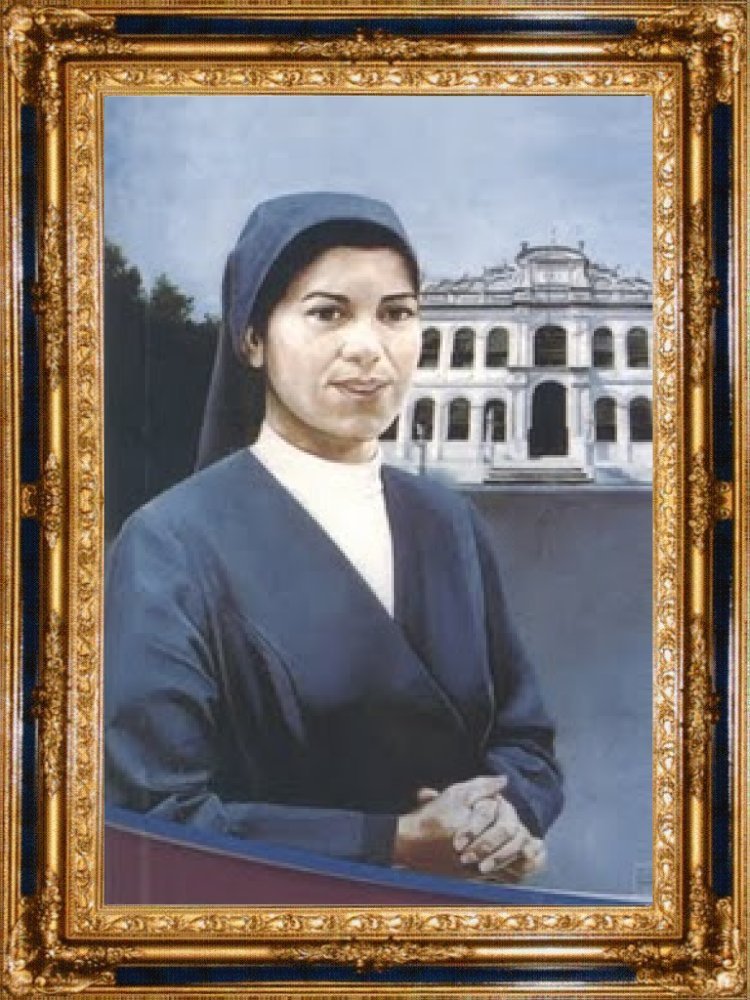 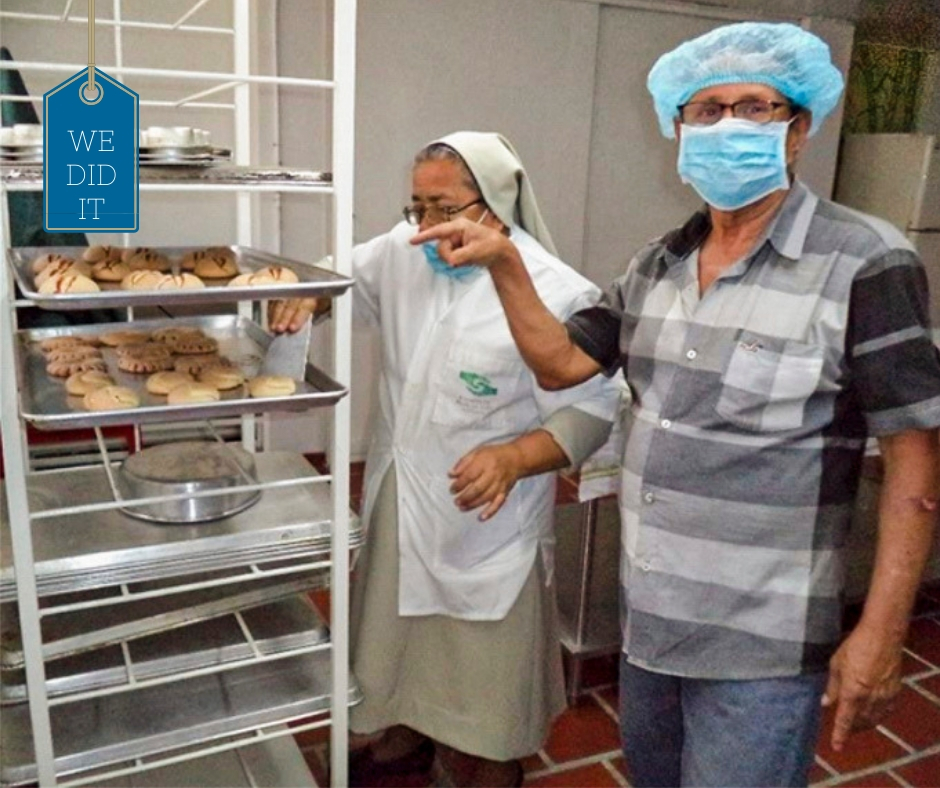 Fructifions leurs talents - WE DID IT 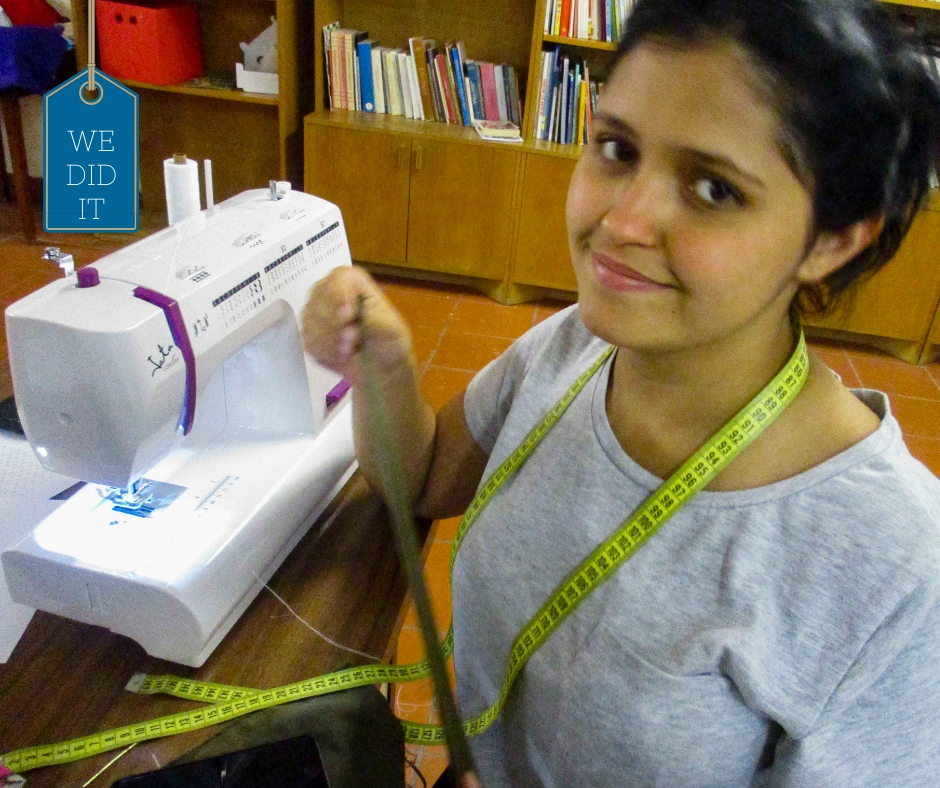 Ma petite mercerie - WE DID IT ! 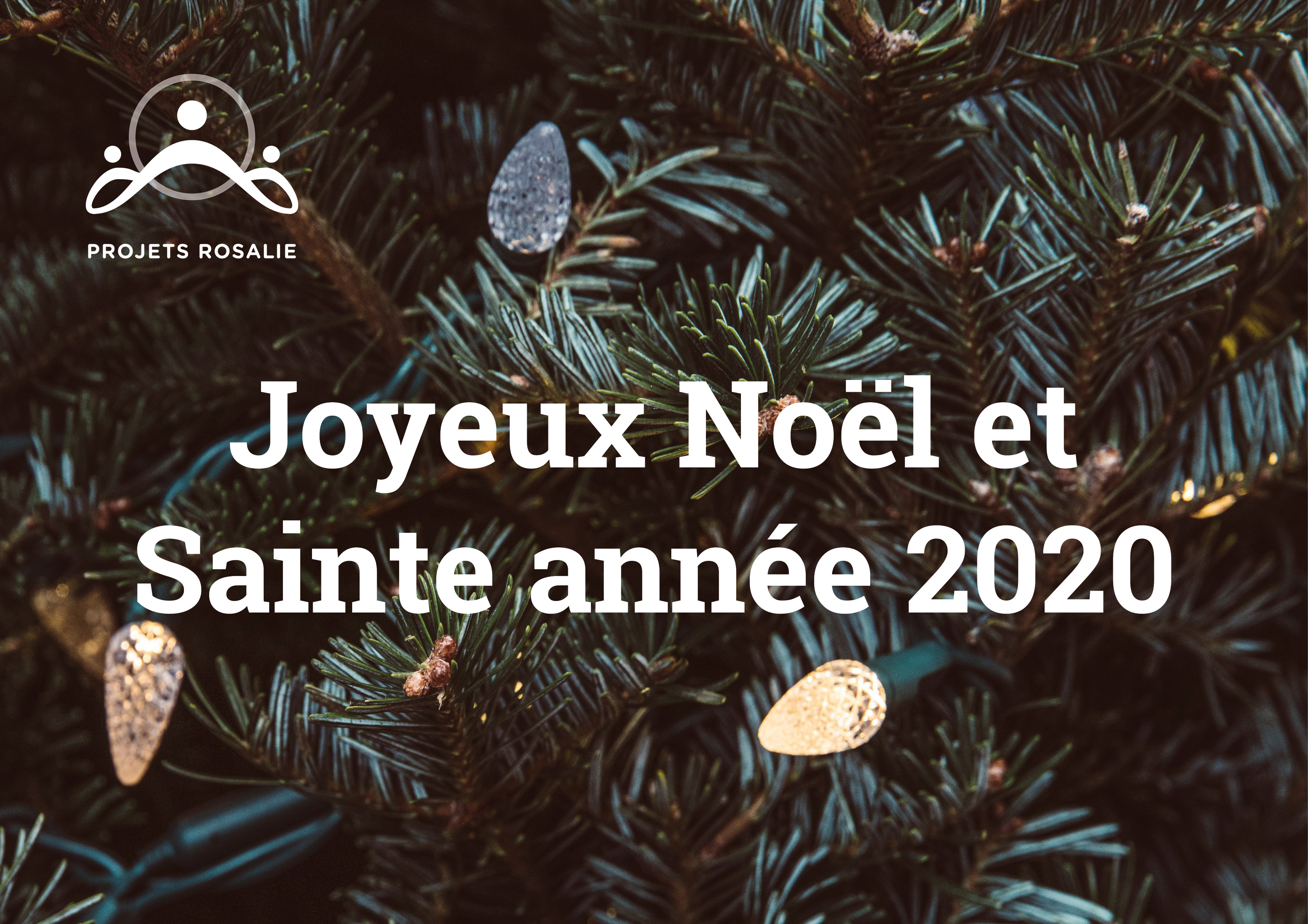