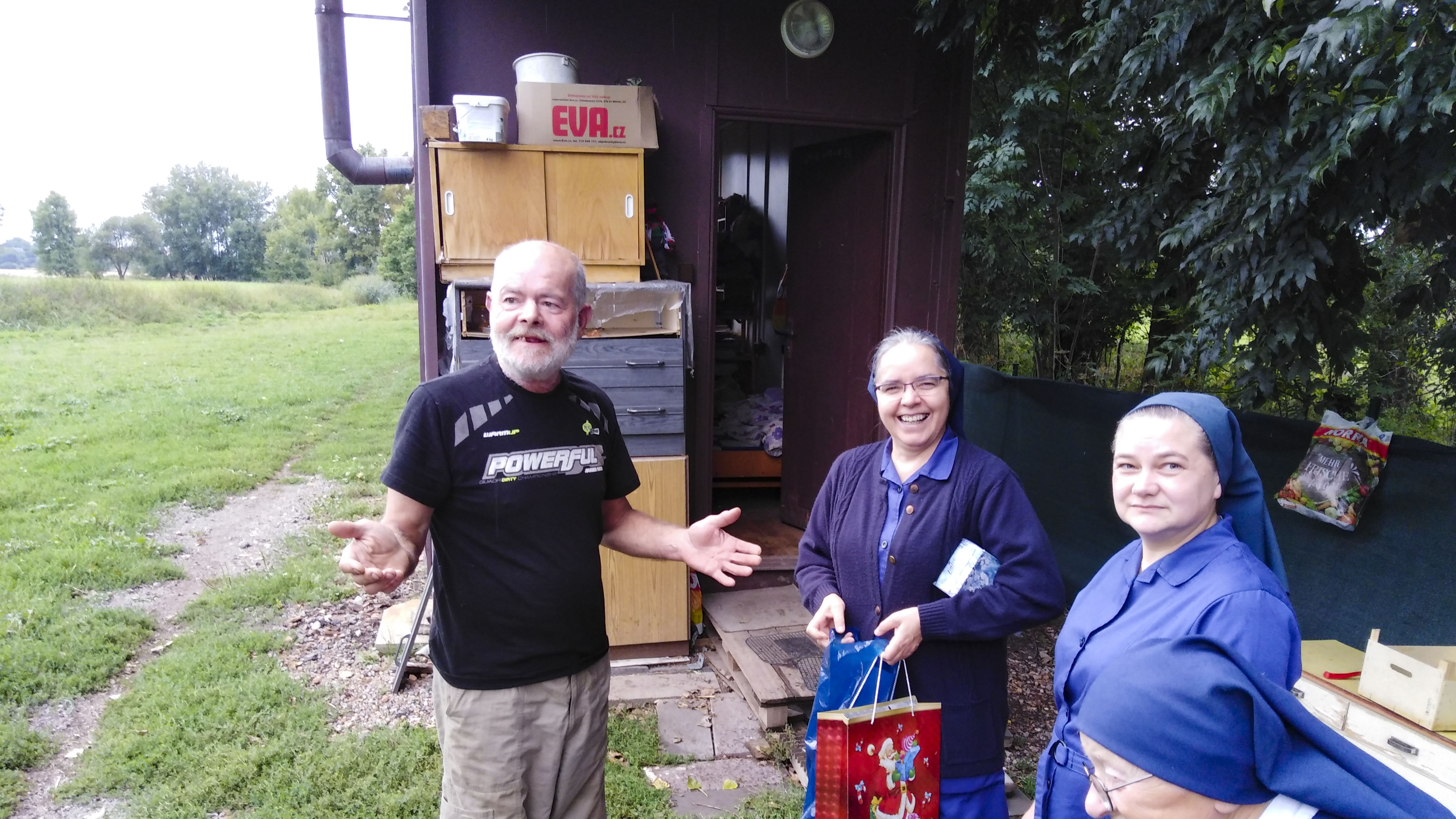 From street to light - We did it !

In the Czech Republic, 9 homeless people were able to change their life trajectory.
December 14, 2020
Sr Veronika Margeťáková
We did it

In the town of Brandys in the Czech Republic, many people live on the streets. From this observation came the idea of the Daughters of Charity to set up containers to house some of them.

The first stage of the project gave access to a small apartment to 9 people living on the streets. The second step was to appeal to you, dear donors, to install mobile toilets close to these houses and allow them to benefit from a point of hygiene.

With the project "From streets to light", it was finally a question of bringing electricity to improve the comfort in their small houses.

"We made the necessary arrangements with the Czech electricity company to set up an electrical connection to the small containers installed on a plot of land near the community. Some time later, we signed the contract and paid the fee for the electricity connection. 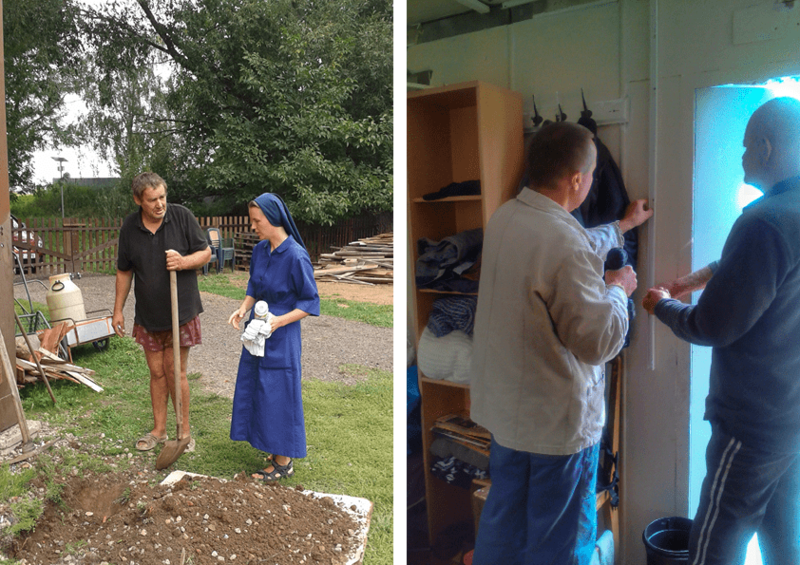 The Company had ten months to carry out the electrical connection work while waiting for the electricity to arrive.

We used this waiting time to purchase the necessary equipment and prepare the work. In October, we started the excavation work. Everything was done by the 8 people living on the site. We were fortunate to have the help of an engineer who prepared and coordinated the work with us.

The beneficiaries were part of the project by participating in the preparation of the site for the houses. Not very comfortable at the beginning, they were able to see everything they were capable of thanks to the pedagogy of our engineer friend. I saw the joy and satisfaction with which they were digging, laying a cable or connecting the lights. 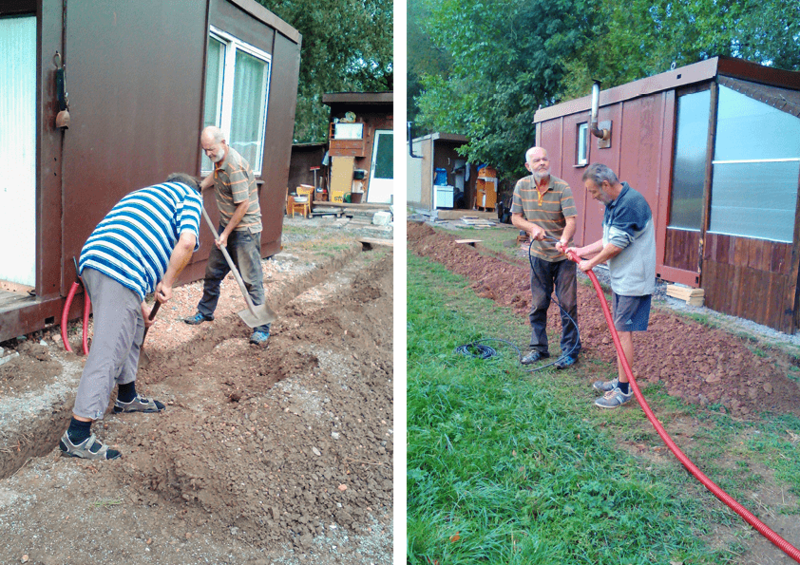 While they had very little self-confidence, this work significantly strengthened their self-confidence and enabled them to take another step towards greater dignity.

The lives of the 9 former homeless people living in the houses have changed. They can now have a light, a fridge, a small heater ... This project has developed their autonomy and makes them want to move forward.

All of them have contributed to the project and it has a great value for them. They are no longer homeless, because they have a home. They have built their house gradually and thanks to your help they are getting closer to a more normal life". 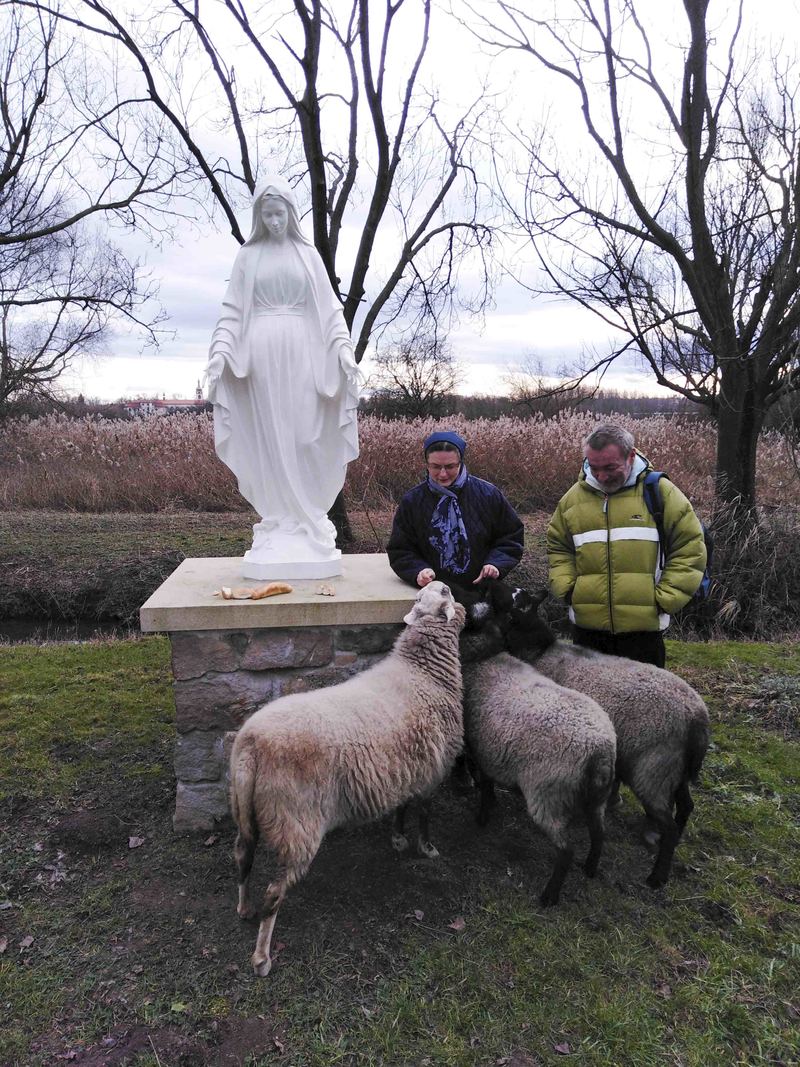 Sister Veronika has recently moved to another nearby Community of the Daughters of Charity. Sister Vaclava and Sister Romana who have taken on the responsibility and sustainability of the project tell the story:

"They are trying to find small jobs to do in order to have something to live on. Three of them are no longer able to do this because of their age and illness. Three of them are no longer able to do it because of their age and illnesses. Only their skinny social benefits allow them to buy food and a living.
The others work when possible in the gardens or for the city (collecting leaves, sweeping sidewalks). In the fall, one worked in an apple factory. Another, Mirek, has a steady job. He works as a cleaner in a retirement home, where we (the sisters) work. Mirek has returned to a regular work rhythm and we are satisfied with his work and his involvement.
Some of us have contracted Covid, so we had to do PCR tests and test the men as well. A sampling ambulance came and carried out tests in the houses. All were negative to our great joy.
The small houses are located in a meadow where the sheep graze. One of the men takes care of the sheep, feeds them, cleans their pens, etc. The sheep are in a meadow. The sheep are important because of their presence. They affect the life and relationships between men. They are tame, have a name and come as soon as they have visitors.
We too are happy that the men try to keep a pleasant environment.
Together they form a community that works through mutual help and according to certain rules.
Usually we (the whole community of sisters) go to visit them on Sundays. We talk to each one of them, show interest, bring them things to eat, a little sweet treat. We also pray in front of the statue of the Virgin Mary, who protects them, they all have the possibility to see her from their homes.
I wish the benefactors who have contributed to this project a blessed Advent season."

A very big THANK YOU for your generosity !