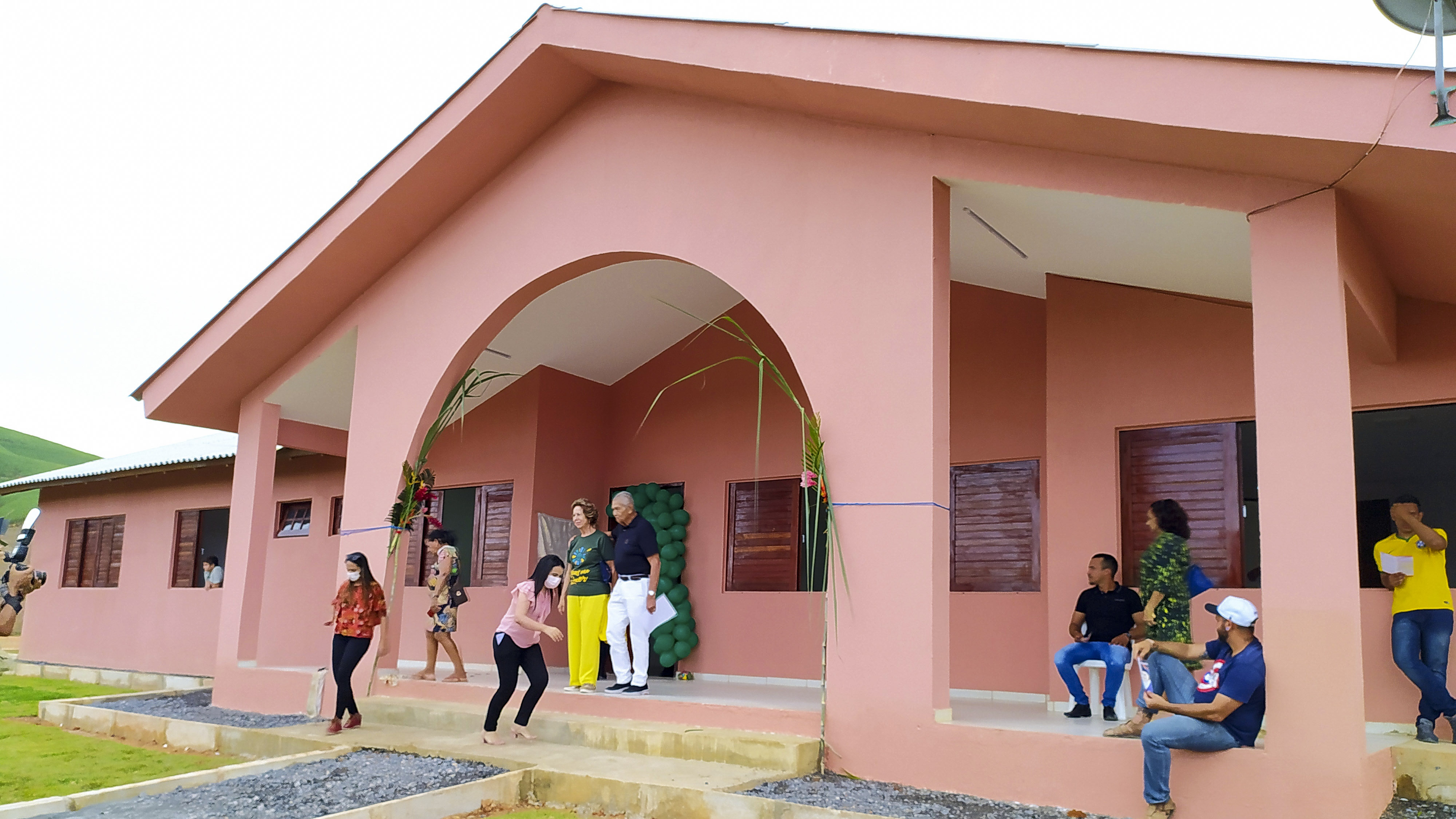 The Farm of hope in Brazil

Inauguration of the Fazenda da Esperança

A year and a half after the laying of the foundation stone, after much work and perseverance, the Archdiocese of Olinda and Recife inaugurated on 31 March 2022, in Primavera - Pernambuco - Brazil, a new female unit of the "Farm of Hope" (Fazenda da Esperança). This unit was named "Farm of Hope - Sister Lindalva Justo de Oliveira", to welcome women and help them in their process of liberation from drugs and alcohol. The name of this Farm was given by the Archbishop of Recife, Antonio Fernando Saburido, to pay homage to all the Daughters of Charity who have served or are serving in "Farms" of this type, especially Sister Sônia Maria de Lima, and to underline the witness of the martyrdom of Blessed Lindalva, who represents all the women who suffer today from violence and feminicide. 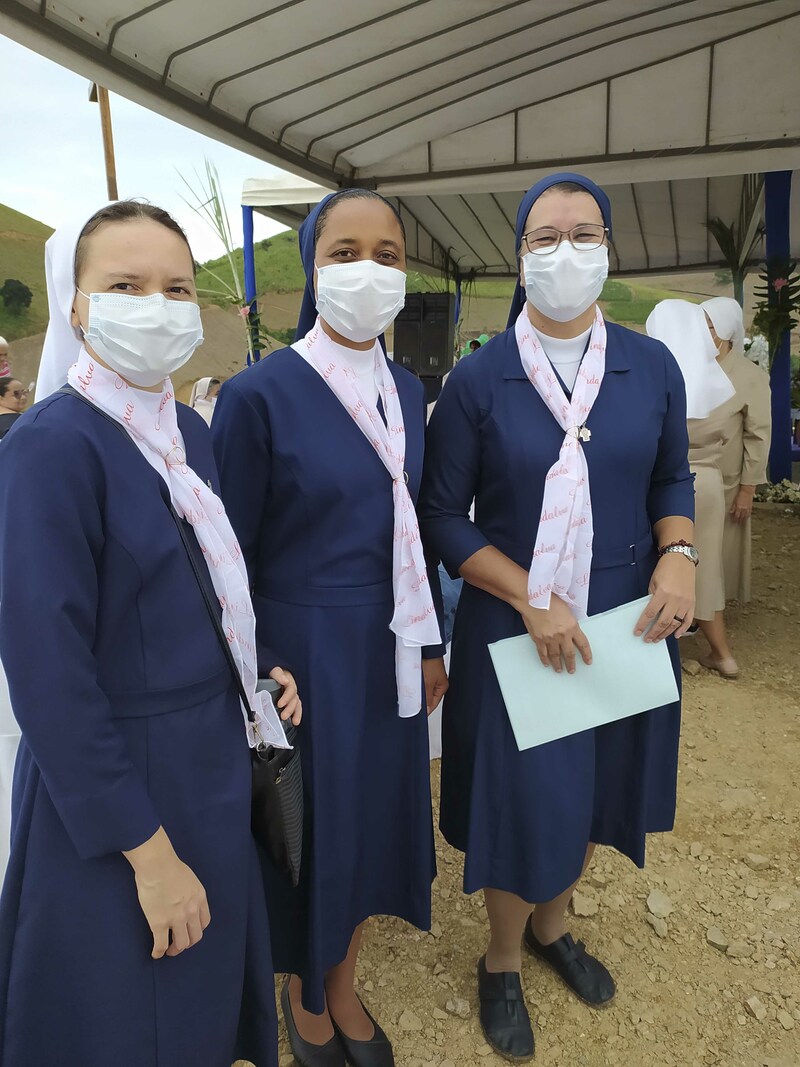 The inauguration of the new Farm took place during an open-air Mass celebrated by Bishop Antônio Fernando Saburido and concelebrated with the presence of other priests, including Father Hans Stapel (founder of the farm) and Father Clistenes Natal, from the Congregation of the Mission, our Provincial Director. In addition to the municipal and political authorities, also present to represent the Company of the Daughters of Charity were the Visitatrix, Sister Patrícia Calaça, the members of the Provincial Council, Sister Sônia Maria de Lima, and many other Daughters of Charity. Nelson Giovanelli, one of the founders of the Farm of Hope (Fazenda da Esperança) also marked the event with his presence, as well as many men and women who are in the process of recovery in the existing Farms in the State of Pernambuco. During the entrance procession, an image and a relic of Blessed Lindalva, of second class offered by the Province of Recife to this new Farm, were enthroned. 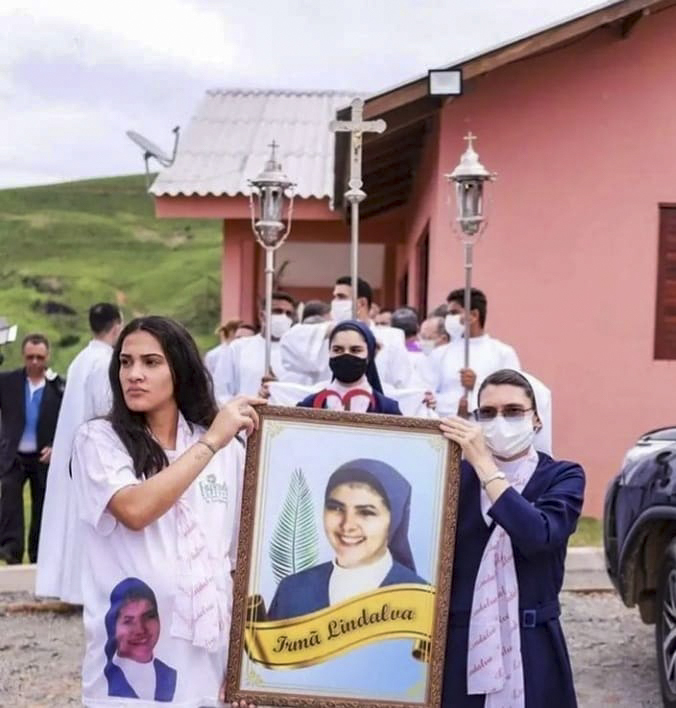 La Ferme d'Espérance is a therapeutic community that has been working since 1983 in the recovery process of people who want to free themselves from their addiction, mainly to alcohol and drugs. Its method of welcome considers three determining aspects: work as a pedagogical process, community and family life, and spirituality to recover the meaning of life.

People who identify with the charism of the Farm can find their vocation in the Church by becoming part of the Family of Hope - a private association of the faithful, international in character, recognised by the Pontifical Council for the Laity, whose mission is to bring the Hope of Jesus Christ to as many people as possible throughout the world, in the words of Pope Benedict XVI.

The Fazenda is present in all Brazilian states to welcome men and women weakened by drug addiction, transforming pain into joy. The number of communities in the world has already surpassed one hundred structured units in countries in Asia, Africa, America and Europe, in continuous growth due to the globalisation of the serious social problems that beset humanity.

The Primavera house is the fourth Farm of Hope in the state of Pernambuco. It has the capacity to accommodate twenty-five women and up to twelve babies. Indeed, it is common for women who seek help to arrive pregnant or with children.

"Today we are fulfilling a dream, a dream that has been cherished for so long, to have in our archdiocese a Farm of Hope (Fazenda da Esperança) for women... a work of God that will benefit drug addicts and people in need. It is therefore necessary that there is a sensitivity on the part of everyone to support this project, to encourage the people who are going to give their lives here, for this work," said Archbishop Fernando Saburido in an interview with a Catholic television channel.

The inauguration, which is part of the celebrations for the 30th anniversary of the martyrdom of Blessed Lindalva, was preceded by a month of mission, coordinated by Ana Lúcia Duarte, a consecrated missionary from the Esperace Farm and regional leader of the Women's Farms. She is accompanied by more than fifteen women who are ex-addicts or in recovery, who have visited the communities surrounding the new Farm, testifying to the wonders that the Lord has worked and is working in their lives through these places of welcome.

This new Farm of Hope is one more sign of God's Love and Providence in the lives of the most needy, and for this we thank God for the many collaborators who have heard the Lord's call and allowed themselves to be led by Him. We think in particular of Dr. Ilvo Meireilles, a businessman from Pernambuco, who not only believed in the project but also donated the land for the construction and gave his support for the work.

May Sister Lindalva intercede for all those who make up this new work and who take advantage of it to save lives for God and to give rise to many vocations in the service of the Kingdom of God and the Church.