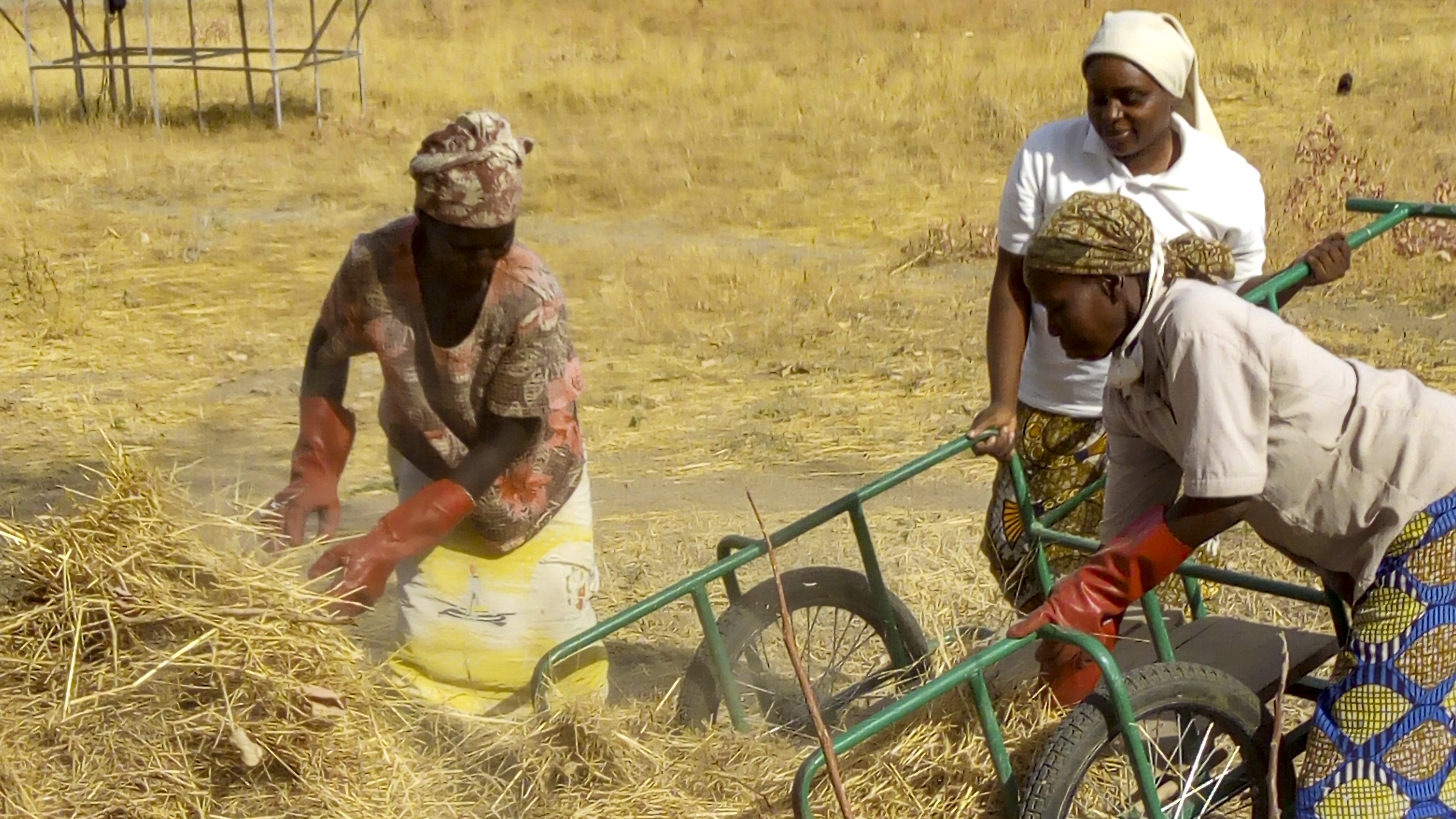 A legacy for the future - We did it

The success of conservation agriculture in Cameroon
September 28, 2021
Sister Lilian SIRRI
We did it
Since November 1987, the Daughters of Charity have been present in Moutourwa, Cameroon. The District of Moutourwa is located in the Far North region of Cameroon, the most arid region of the country. It is a steppe region, sandy and clayey in places where millet and cotton are grown.
The population can barely meet its needs thanks to a small livestock and agricultural activity. Unfortunately, these two sources of subsistence are very dependent on the vagaries of the climate, which affect the nutritional status of the entire population.
It is for this reason that the Daughters of Charity have brought to your attention the project "A legacy for the future" in order to help farmers who wish to be trained.

From project to implementation

The project led by Sister Lillian Sirri was made possible thanks to your donations and the involvement of the Daughters of Charity and local actors.
The project was initially postponed due to the Covid-19 health crisis and due to restrictions on air travel, Mr. Guillez, an expert in conservation agriculture, was unable to travel to train participants in dryland farming techniques. The Daughters of Charity therefore sought local expertise.
The first task was to restore the water point, which had previously been defective. This work consisted of replacing the water pump and various accessories. 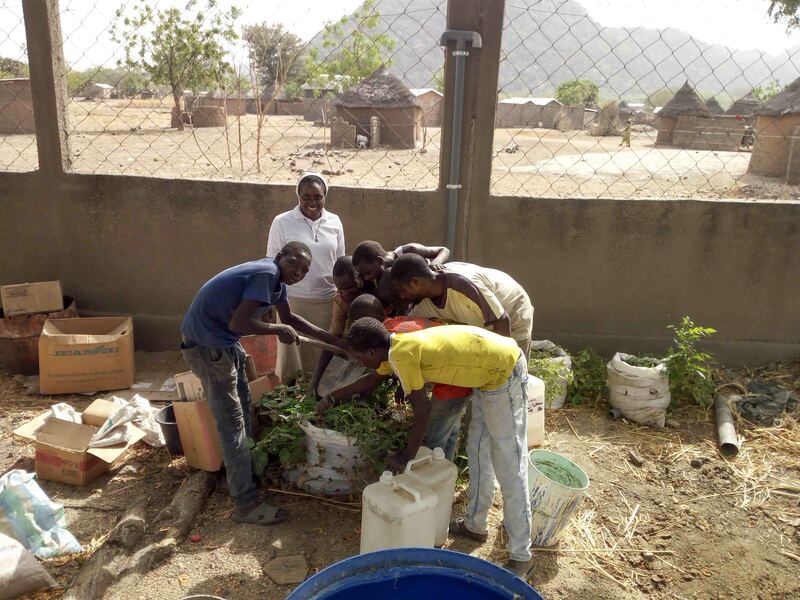 One of the essential objectives of this project was to regenerate the cultivable land over a period of 2 to 3 years because it was very impoverished. The second part of the project was able to progress in parallel thanks to the production of vegetables to improve the nutritional intake of the families concerned and thanks to a fertile plot.
Soil conservation agriculture is a set of cultivation techniques designed to maintain and improve the agronomic potential of the soil, while maintaining a regular and efficient production.
It gives back to the soil the primary role in plant production. The soil is not considered as a support for cultivation, but as a living environment. Protecting it improves its functioning, restores or increases fertility.
The participating farmers started this new technique by covering with straw a small plot of land chosen for a test phase.
The project team also implemented a Kenyan technique of growing vegetable seedlings in cloth bags. In addition, acacia plants and other fruit trees were planted. Finally, the participants came up with the idea of creating a plant fence to prevent animals from interfering with their plantings. 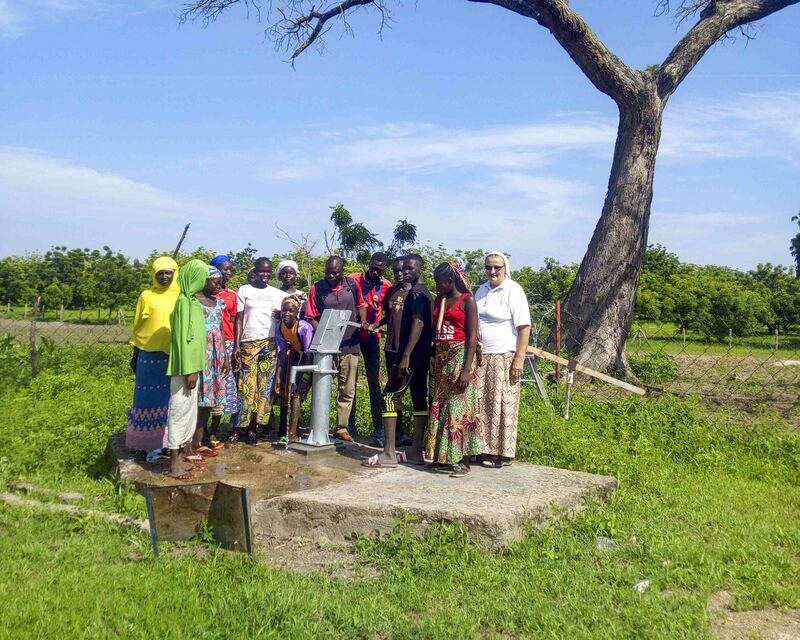 15 people were able to participate in the project and learn thanks to your donations!

The story of Romain and Noël, students in first and third grade and passionate about soilless culture (culture in bags) stands out. Sister Lillian and the local trainer taught them the different methods of soilless culture to grow tomatoes and vegetables. The idea is to train on their own time after school to sell part of their harvest to buy school supplies.
Some others are more passionate about growing nurseries and want to develop this production to become a reference in the region and to benefit local farmers. 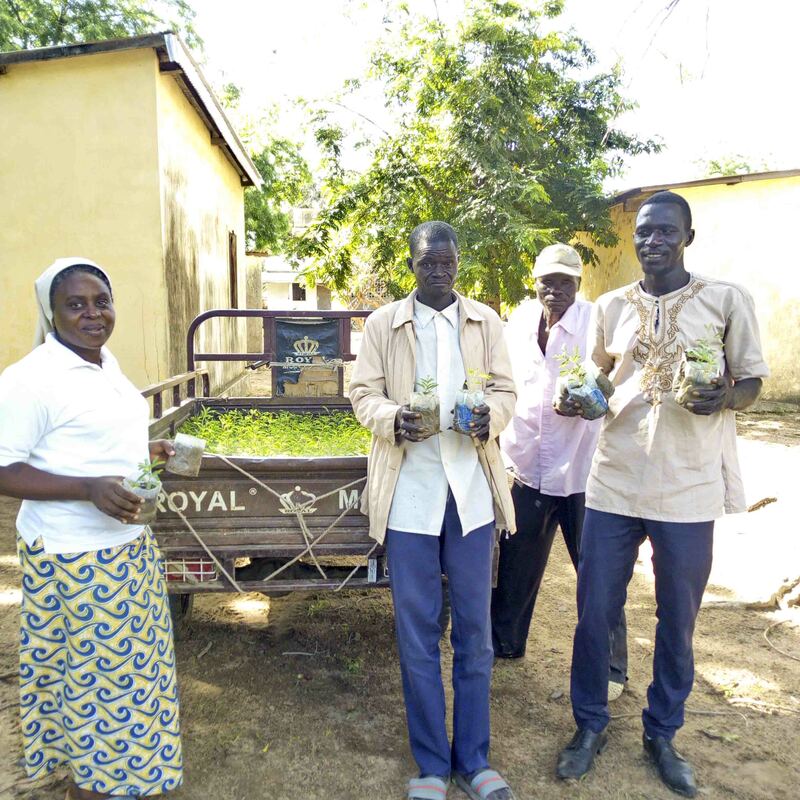 The goal of developing sustainable and profitable agriculture is well underway and will be a success in time! Thanks to the rehabilitation of the water point, farmers can now benefit from the fruits of their production through the sale of their products and contribute to improving the livelihoods of the local people.

A big thank you for your support in this sustainable agriculture project!