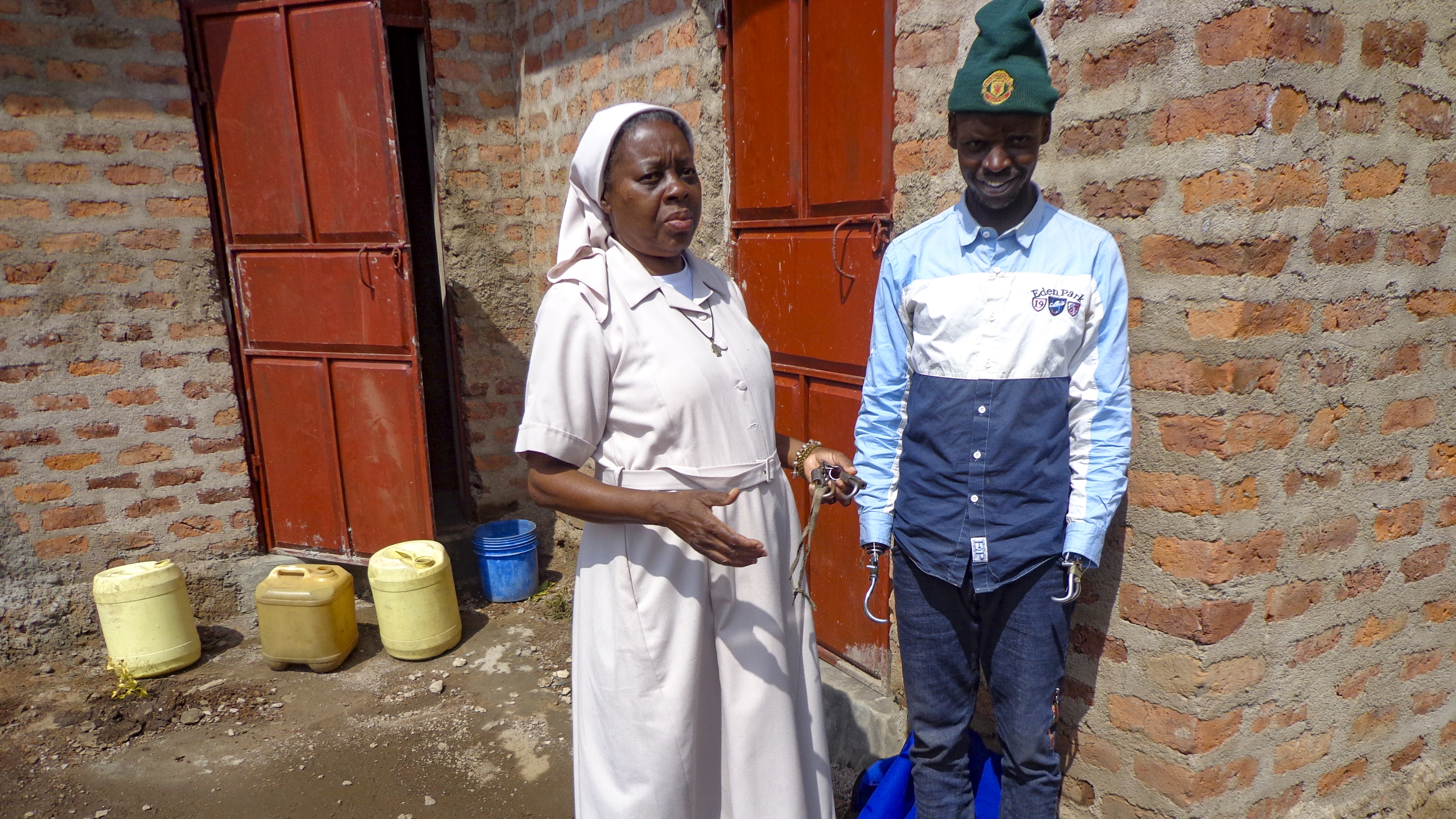 Life ahead - We did It

3 families safe in Tanzania
February 02, 2021
Soeur Bibiane Nzali
We did it

After assessing the shelter needs of poor and vulnerable families near her community in Tanzania, Sister Bibiane selected three families who needed immediate help.

We brought in a contractor to draw up the estimate for the construction of 3 small houses, which was necessary to apply for funding in the early stages of the project. 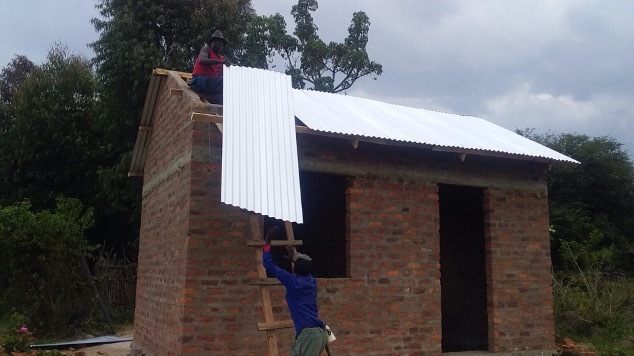 Once the project was funded by the generous donors, we purchased the building materials in stages as needed. Two building contractors came to do the work for the construction of the 3 huts.

The project has improved the dignity and lives of 3 families, 15 people.

Rhobi and Maria, a couple living in Masanga, Kwigori sub-village have 5 children. They are both mentally unstable, and their relatives have always considered them a burden because of their disability. Rhobi's brother burnt down their house, forcing them to find somewhere else to go, which for them would have been the street if they had not knocked on the Sisters' door for help.

The family disputes even ended up involving the children, one of whom was seriously injured. We had to send the boy to Bugando in Mwnza for treatment. Fortunately, by the grace of God, the boy survived the tragedy.

All their land was taken away by their brothers, leaving them with no means of earning a living or feeding themselves. Rhobi's wife, Maria, has no parents, no education and has been neglected by her relatives because of her mental state.

We rented a room for them while we waited for the work to be done to get them out of this extreme poverty as soon as possible. Today, they are safe in their new home and far from the evil people who wanted to harm them. 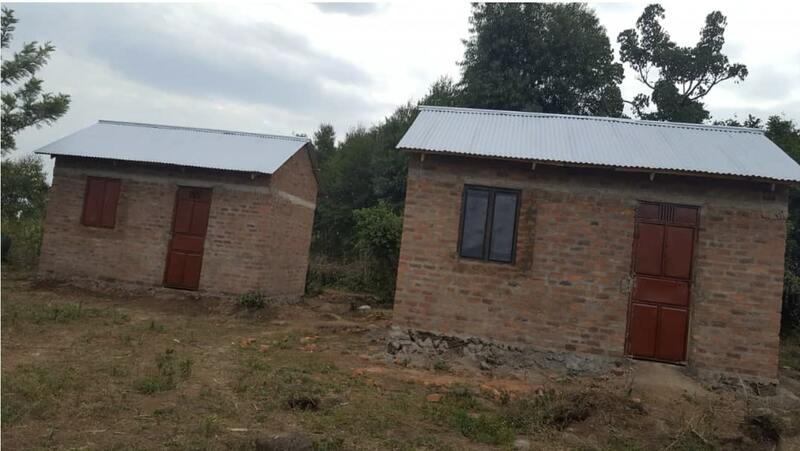 Makenge is a 20-year-old man who also lives in Masanga village. He experienced a tragedy in December 2011 when he was bitten by a hyena. The animal cut off both his hands and injured his head. He was brought to our hospital in such a state that we thought we would lose him. The medical team at our facility did everything they could to help him survive his injuries.

After staying there for almost a year, he returned in good health with artificial arms and a face transplant. At that point, we tried to take the boy home with his relatives, but they chased him away. His family claimed that what happened to him was the result of witchcraft, and feared the consequences. These ancestral beliefs are devastating in the country and many people are ostracised from society because of superstition. 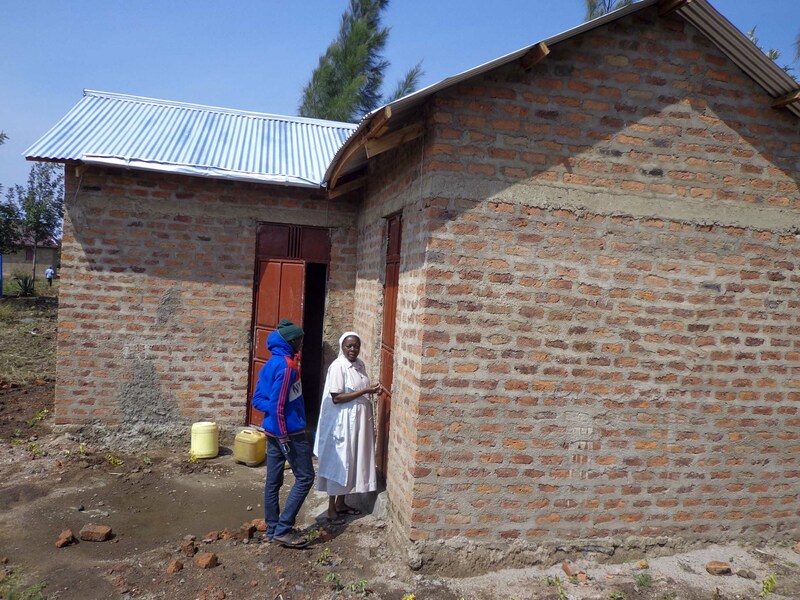 So we rented a house for him to survive and offered him the project. Today he is safe in the house we built for him. Thank God, his mother finally joined him to take care of him.

Ghati is the third beneficiary of the project. She is separated from her husband and has five children to support, which is a big challenge given her mental state. When we went to see the place where she was living with her 5 children, we discovered a muddy, abandoned hut where they had taken refuge.

This emergency call for help moved us and we decided to make them benefit from this project. Now they too are living safely in their new home thanks to you.

The measurable impact of the project

It is mainly represented by the improvement of the emotional health of these families. Before, the families were always worried about the rains and their safety, especially at nightfall. Now they have peace of mind, the adults are looking for work and a new life is open to them.

Unfortunately, the number of needy families in the region remains high. They are often in the same way, but we have had to prioritise our support to these people according to the severity of the problems. With your help, more families will be able to get out of poverty in the future.

The three families who have already benefited from your help are very grateful, on a level that words cannot describe, for this gift you have given them.

On their behalf, the Daughters of Charity of Rogoro thank you in a special way; may God bless your efforts, Amen.