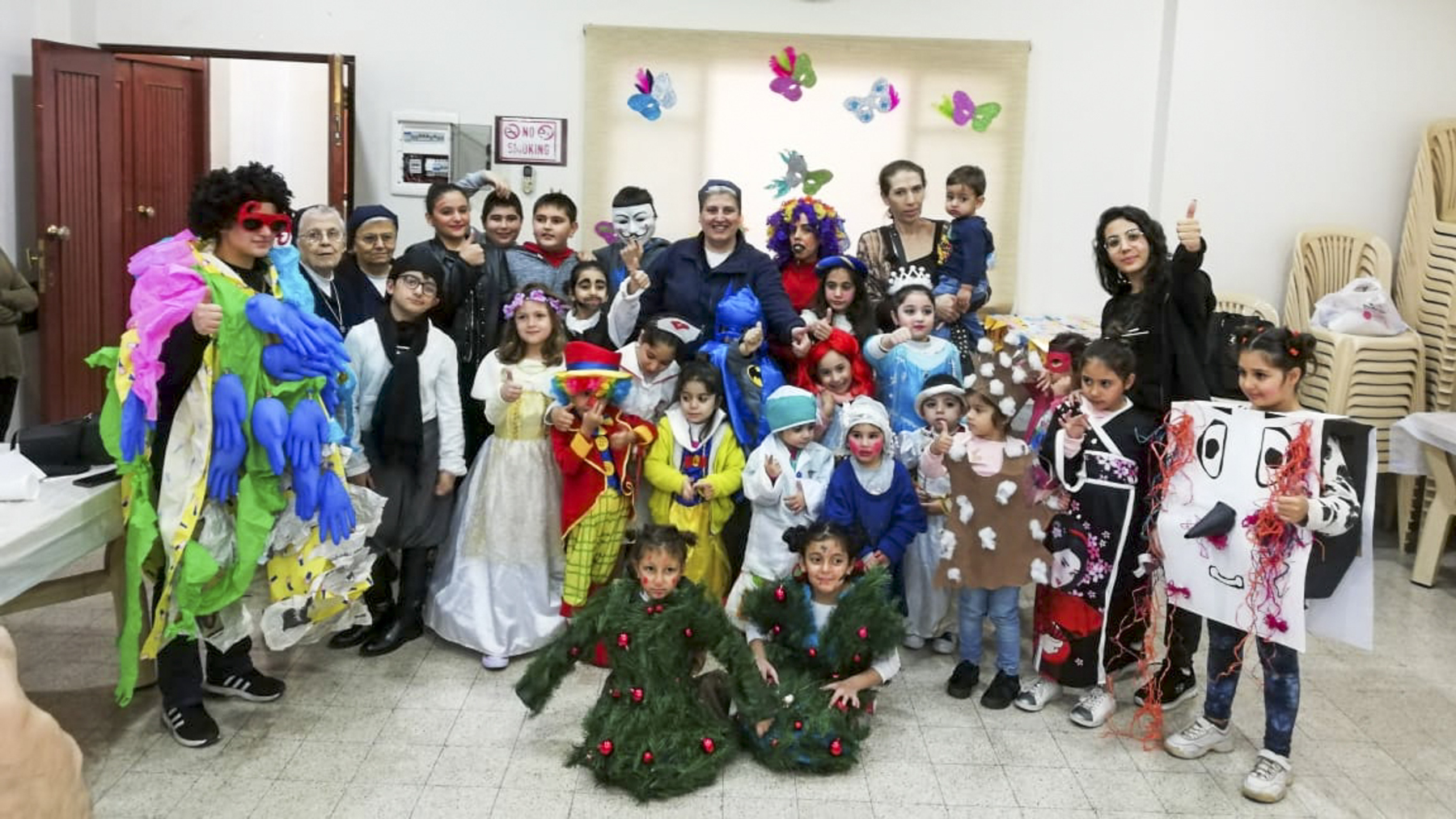 The Daughters of Charity have been working with the population living in Karm El Zeitoun, east of Beirut, since 1958, when they opened their centre, which offers medicines, care, food and social assistance to the inhabitants.

"The district where the dispensary is located is a popular and rather cosmopolitan district (Lebanese, Ethiopians, Syrians, Armenians). All these modest families are suffering the full force of the unprecedented economic crisis that our country is going through.

As a reminder, following the October 2019 revolution, the Lebanese pound (initially at £1500 for $1) started to fall. This was followed by the confinements and the coup de grace with the explosion of 4 August 2020 which blew away our beautiful city of Beirut. The trauma is still fresh in people's memories. Since the 4th of August the pound has not stopped falling and today 1$ is equal to 24 000 £LP. At the same time, salaries have not moved, making life impossible for the Lebanese.

This chaotic situation has led to the closure of schools and it was only last October that the children returned to school. Since then, we have only noticed the gaps in learning and that is why we want to enable these children to benefit from a solid educational framework. In the situation in which Lebanon finds itself, education is essential for the sustainable reconstruction of the country." Sister Rita, project leader.

Sr Rita's project: Support courses for children who are academically and psychologically vulnerable 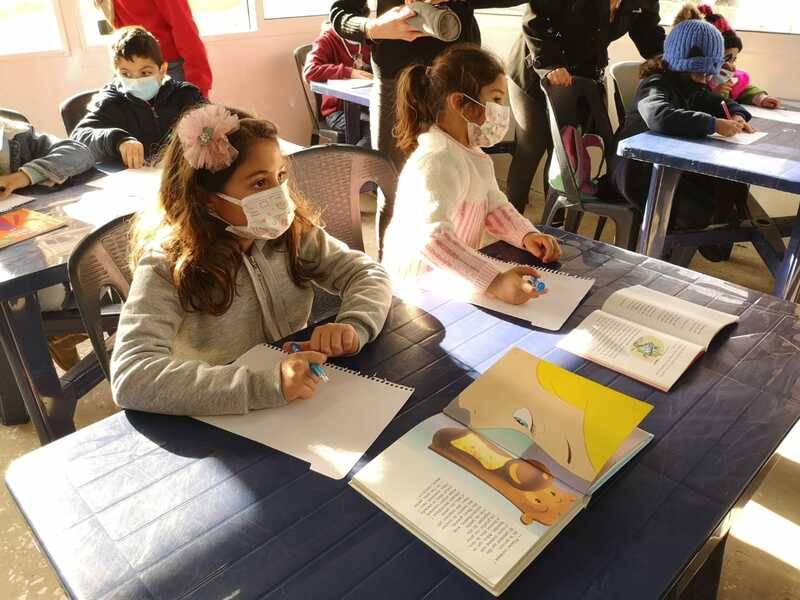 In order to allow the pupils to resume an adapted school rhythm, to catch up and to prevent the most fragile from dropping out, Sister Rita has the project to offer the children of the neighbourhood an evening study five times a week.

Pupils in difficulty and supervisors benefit from the project

"We want the children to be able to do their homework in an environment that is conducive to work and that the presence of the supervisors will give them the opportunity to ask questions about the concepts studied in class but not assimilated.

We would like the supervisors to be paid so that these young volunteers can benefit from a small income, as their professional prospects are very unclear.

With inflation soaring, the price of school supplies has become very expensive for all the families we support and we would like to provide them with material assistance to continue to ensure the education of their children."

Among the 5 students we expect :

Elissa, 20 years old, a law student at the Lebanese university. She is used to accompany us in the different activities we carry out with the children of the dispensary.

Gaëlle 22 years old (Elissa's sister) is a psychology student at the Lebanese university. Like her sister, Gaëlle is used to accompanying us in the different activities we carry out with the children of the dispensary.

Joseph, 20 years old, is an architecture student at the Lebanese university. Joseph is involved with the Missionary Teams of Charity (EMC) which undertakes social actions with children, the elderly and the poor.

Lara is 23 years old and a language student at the Lebanese University. She wants to become a translator. Lara is also involved in the EMC.

Marilyne, 23, is a management student at the Lebanese university and is also a member of the EMC.

These young people have all been students in our Saint Charles school in Beirut, a semi-free school that welcomes children from poor families.

In addition to this school support, the Daughters of Charity are keen to offer extra-curricular activities to the children of the neighbourhood once a month. The economic crisis has had a heavy impact on the purchasing power of the Lebanese and they can no longer afford to offer their children recreational outings. 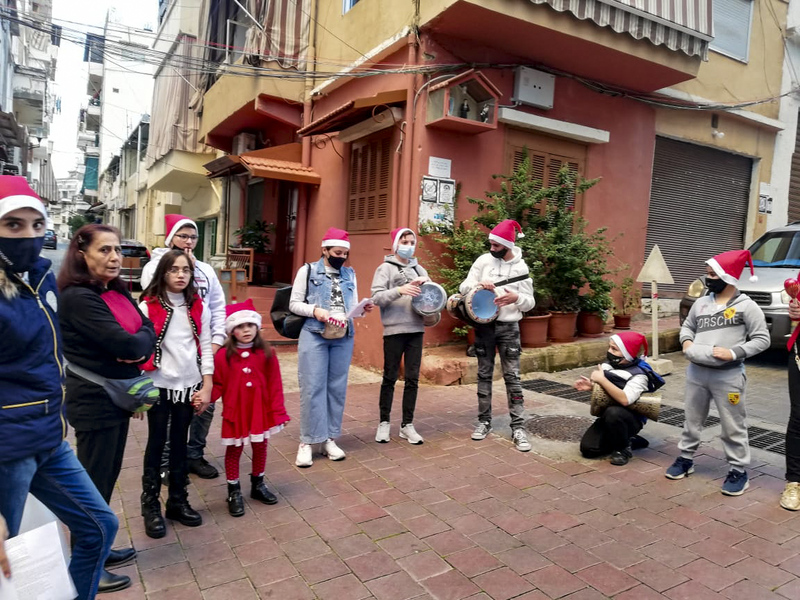 "We are therefore asking for your help in organising a monthly sports or cultural activity to break the anxyogeneous situation they have been experiencing for the past few years."

Such a project requires financial support and this is why we are appealing to your generosity.

We used to be helped by local benefactors but now this help is becoming rare and these people who used to help us are themselves in need because of the situation.

A contribution, however small, would allow us to carry out this beautiful project!

Thank you in advance for your generosity 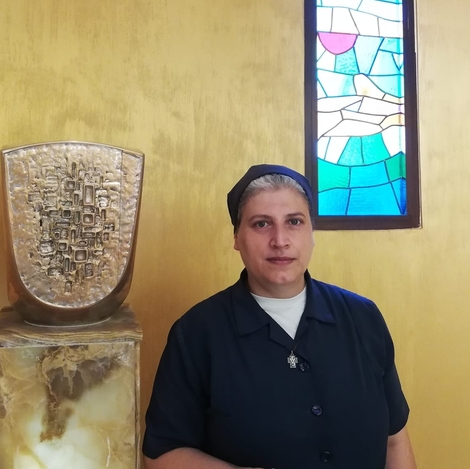 Many thanks, assurance of the prayers of the sisters in Lebanon and news of the project

My mother's castle Center for mothers, children and young adults The Daughters of Charity in mission to the most vulnerable living in the desert regions of Mauritania  In Mauritania, a country where... 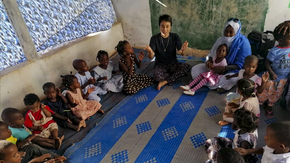 A story of needles Sewing training to care for the disabled Families of people with disabilities supported by the sisters in Yaoundé (Cameroon) The Daughters of Charity are in mission in Yaoundé... 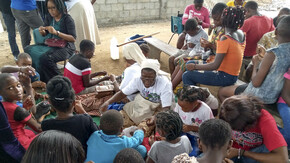 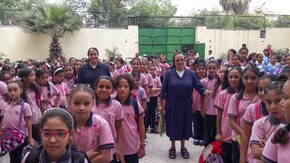