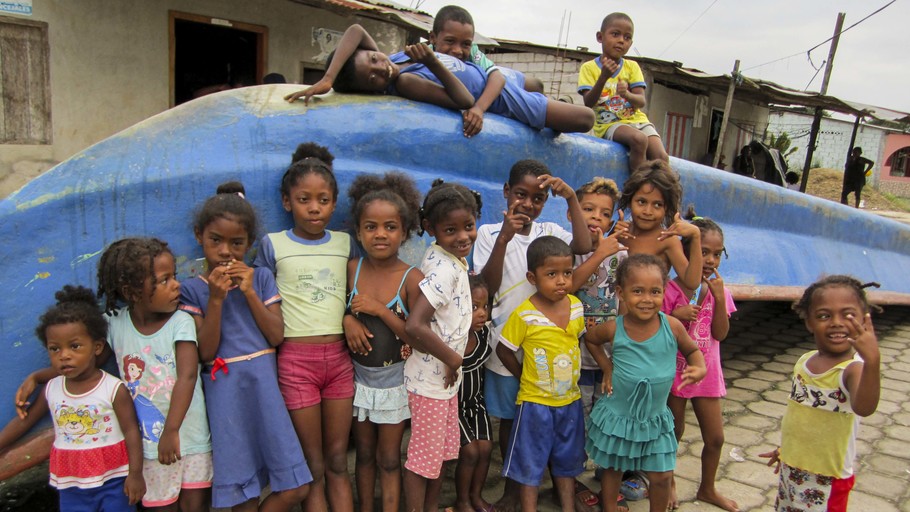 The Daughters of Charity have been present for 31 years in the canton of San Lorenzo in the northwest of Ecuador and are very involved in the administration of the "Divina Providencia" Hospital which, because of its proximity to the port, welcomes the local population and people displaced by border conflicts.

They are therefore particularly aware of the risk of the spread of covid-19 in families in situations of extreme poverty. 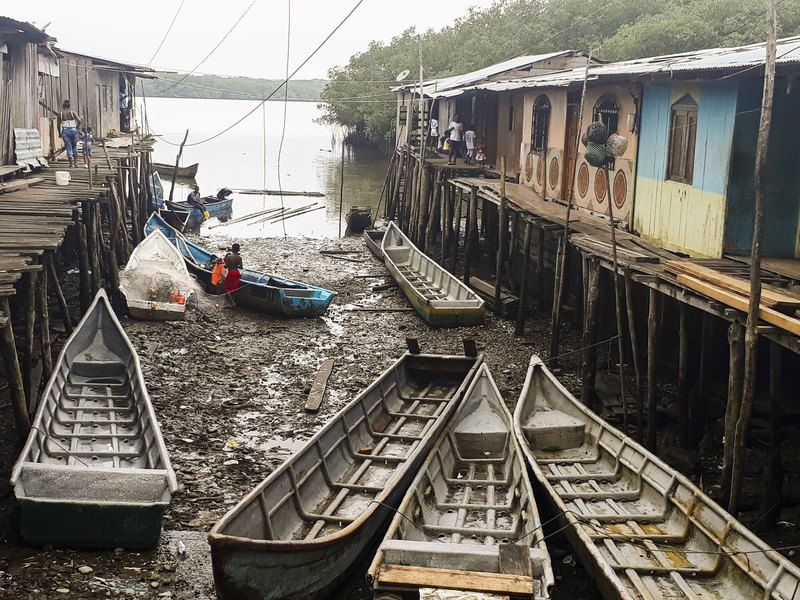 The municipality of San Lorenzo is multicultural, with 77% of the population belonging to the Afro-Ecuadorian Chachis and Awa ethnic groups.

The majority are employed in the palm plantations where too often employers do not respect the legislation on working hours and wages. Nearly 85% of the population lives in poverty, which has worsened over the last 10 years. The explosion of the urban area has not been accompanied by the necessary infrastructure: only 36% have access to drinking water. 11% of the population over the age of 15 is illiterate. The majority of the population is Catholic, but a growing number of sects is a divisive factor in families.

As health problems caused by poverty and violence are on the increase, the Daughters of Charity have for the past 3 years initiated a programme for the prevention of gender-based violence and human trafficking.

To help this vulnerable population, they have set up prevention programs through various workshops: 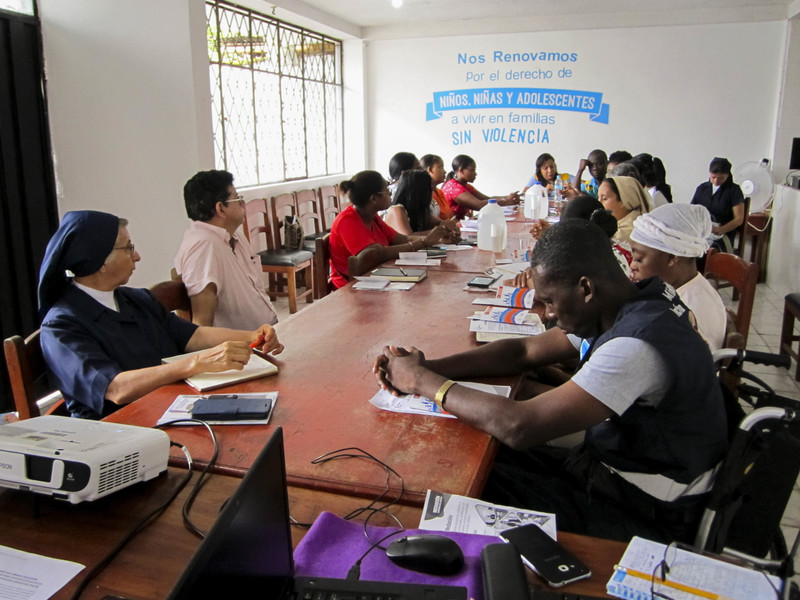 The project: preventing the risks of a pandemic among those who do not have access to hygiene

Ecuador is one of the Latin American countries with the highest number of infected people and the highest percentage of deaths, as reported in several media.

San Lorenzo is one of the poorest municipalities in the country. A significant number of families suffer from malnutrition and the population has not developed habits of personal hygiene or maintenance of their homes: fundamental aspects to prevent diseases. Overcrowded conditions are aggravated by a great lack of access to drinking water, sanitary facilities or cleaning products: additional risk factors in the event of the virus spreading, which cannot be met by the already deficient health services in the country. 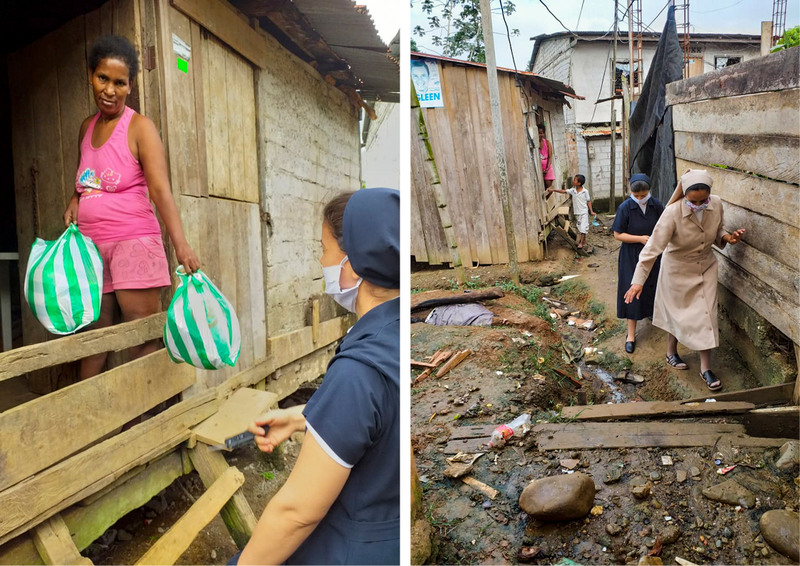 A large majority of the population of San Lorenzo, mainly families living in poverty, cannot conform to social isolation because they lack the necessary material conditions or health education. If the spread of the virus progresses in this canton, there will be catastrophic consequences, even greater than those experienced in other cities in the country.

These families are not able to comply with social isolation and curfews because they have to earn a living on a daily basis and provide for their subsistence. Local authorities and social organizations also lack sufficient resources to help this population in extreme poverty to comply with the containment measures.

The project carried out by Sr Sabina and her community aims to quickly help these people, who are more vulnerable than others, to respect social and hygiene measures to protect themselves from the risks of the coronavirus.

The beneficiaries are 130 families living in extreme poverty, with whom we have worked directly or indirectly with the project for the Prevention of Gender Violence and Human Trafficking in the most marginalized areas of San Lorenzo.

For less than 40€, each family will receive cleaning materials, personal care and food, complemented by hygiene training to encourage them to respect the measures of isolation.

As this project aims to respond quickly to the health emergency, the Daughters of Charity hope to achieve this goal within a month with the means outlined below:

The funds raised through the Rosalie Projects will be used to purchase non-perishable food items such as rice, lentils or chickpeas or beans, tuna, salt, oil; and cleaning products such as soaps, hydro-alcoholic gel and masks to meet the needs of 130 families for 15 days.

The local community of the Daughters of Charity of San Lorenzo will lead the project. They will work in coordination with the technical personnel of other local non-governmental organizations, as well as with technicians from the municipal government of San Lorenzo. The organizations' technicians will, among other things, provide support in locating families who, due to lack of telephone access, cannot be contacted other than through field visits.

The Daughters of Charity of Ecuador thank you from the bottom of their hearts for all the help that will enable them to fight against these inequalities in the face of the pandemic.

With them, thanks to you ! 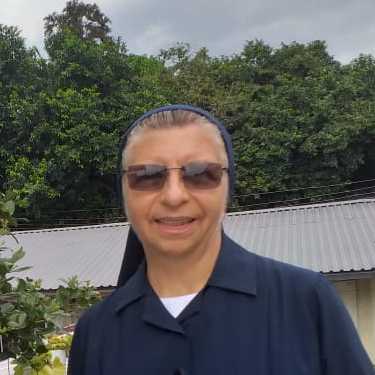 I was born in the province of Loja on 31 December 1961. I am currently 58 years old. I entered the Company of the Daughters of Charity of St. Vincent de Paul of the Province of Ecuador on April 3, 1982.
On April 20, 1985, I was sent to "Hogar del Niño San Vicente de Paul" in Quito, where I served 180 children from 0 to 18 years old, orphans and abandoned children. I shared this service with 15 sisters and I learned to serve the poorest, to trust in Divine Providence and to let myself be filled with hope and God's Love.
In 1990, I was transferred to serve at St. Catherine Labouré Retirement Home, where I learned the pain of old age and further developed the capacity for tenderness and devotion, shared with 12 sisters and 70 elderly people.
On February 2, 1993, I entered into service at the Lorenzo Ponce Psychiatric Hospital in Guayaquil, now called the Neuroscience Hospital. There were 1200 patients hospitalized for neuropsychiatric diseases of both sexes and from children to adults. It had intermediate, emergency and outpatient wards.
I worked first in direct care, then in supervision, and finally in the administrative area in nursing coordination, with 450 nursing professionals in three teams. While working in direct care, I obtained a nursing degree, in which I stayed for 15 years; my local hospital community was composed of 15 sisters.
In March 2008, the community asked me to be Provincial Councillor, and I was able to continue working in the health ministry and in the service and accompaniment of the elderly sisters at Marillac Oasis and Betania House.
In June 2018, I left the Provincial Council and on July 9, 2018, I assumed the responsibility of Sister Servant in the local community of San Lorenzo, in the province of Esmeraldas. I am also responsible for coordinating the execution of the project called "Capacity Building of Social Actors for the Prevention and Protection of the Rights of Victims of Gender Violence and Human Trafficking", in which three sisters are involved. Another sister is a nurse who works at the type C health centre in the area of tuberculosis prevention.
We work with groups of children and adolescents in 18 neighbourhoods in situations of extreme poverty; with women who support businesses in three neighbourhoods; raising awareness among teachers and students in schools and colleges about the risks of human trafficking; and we belong to a coordinating body of social organisations and the Church for social defence and with local authorities. We also accompany Vincentian groups : NAVIL, VMY, AMM and SSVP. 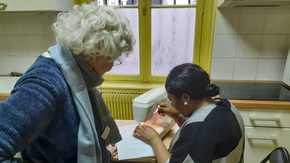 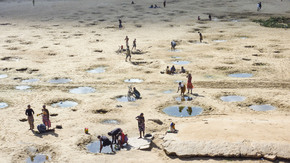 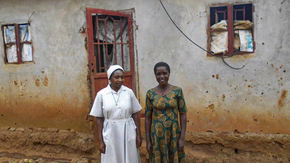