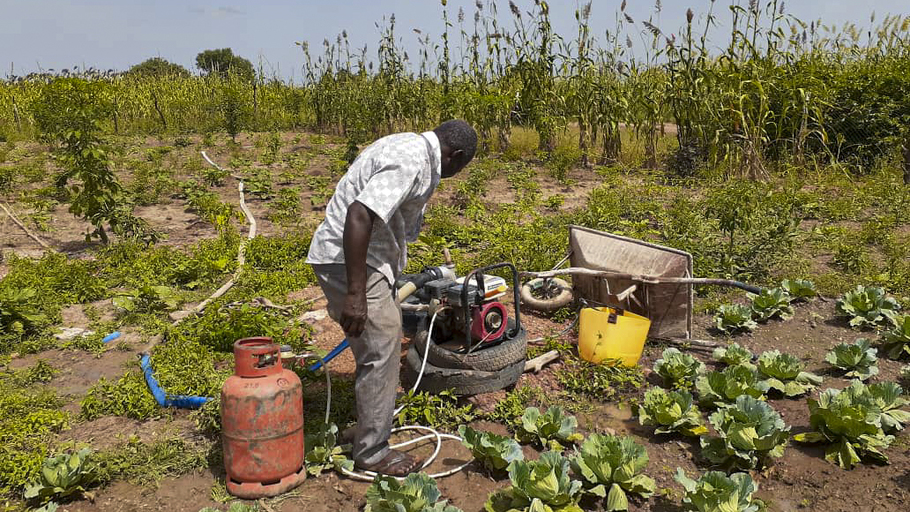 The most vulnerable are always the first victims in Burkina Faso, a country that has been affected by natural disaster and political conflicts

Established since 2009 in Burkina Faso, the Daughters of Charity traditionally accompany the most fragile populations in the fields of education, health, and aid to the poor and prisoners.

Faced with natural disasters and terrorist threats in the country (attacks by armed groups in the north and east of Burkina Faso), the Daughters of Charity also provide emergency relief and humanitarian aid to refugee populations.

According to the United Nations High Commissioner for Refugees (UNHCR), 1 in 20 people in Burkina Faso is left displaced "in the context of the world's fastest growing humanitarian and protection crisis."

Due to the demographic pressure in the refugee camps, the available resources are not sufficient to help these new migrant families who, exhausted and forced to flee their homes, are in desperate need of food, shelter, water, protection and healthcare.

In Nouna alone, 20,000 displaced people are being provided with food thanks to the Daughters of Charity. But this punctual help is never sufficient for the Sisters who are always trying to find solutions to help the most destitute to emerge from poverty.

In Burkina Faso, the rainfall scarcity and its poor distribution during the short winter season (3 months) coupled with flooding are putting the farmers hard work to the test.

Given their rudimentary means of cultivation, they are unable to develop agricultural alternatives to get out of food insufficiency, which leads to increasing poverty, vulnerability and discouragement. 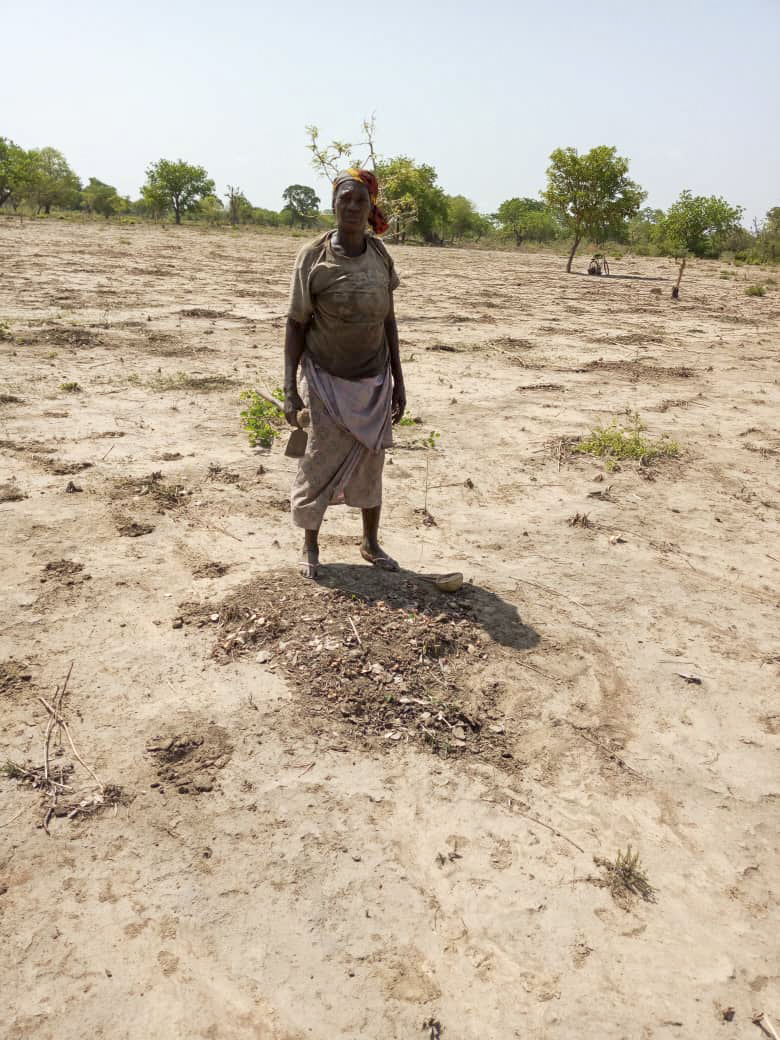 To alleviate this serious lack of harvests due to floods and droughts, an off-season cultivation project has emerged to help these populations ensure minimum food security.

Thanks to the purchase of new motorised pumps and the digging of a well for irrigation and watering, farmers will be able to practise gardening during periods of drought and provide for the food needs of their families and the community during the so-called lean season. 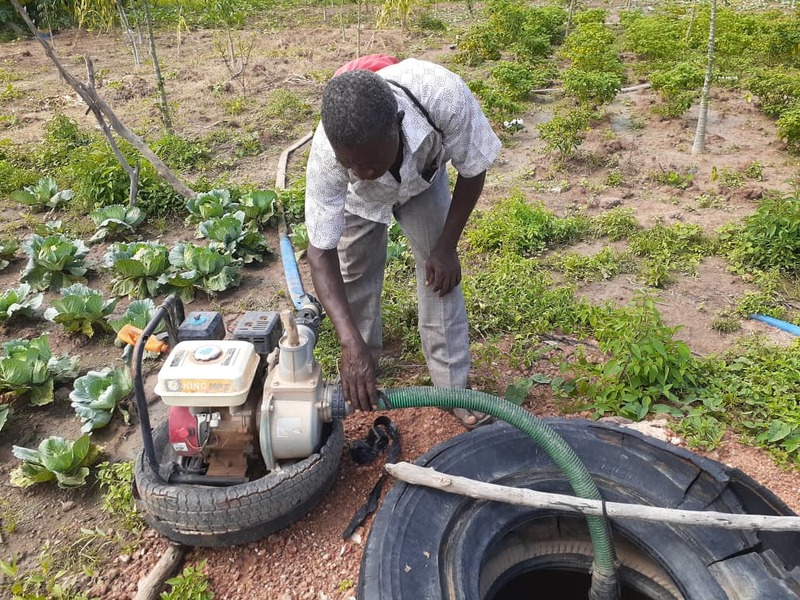 This field project aims to:

The beneficiaries are ten farmers who are trying to combat the effects of flooding and low yields. There are 15 people per household who will be able to benefit from these new harvests. 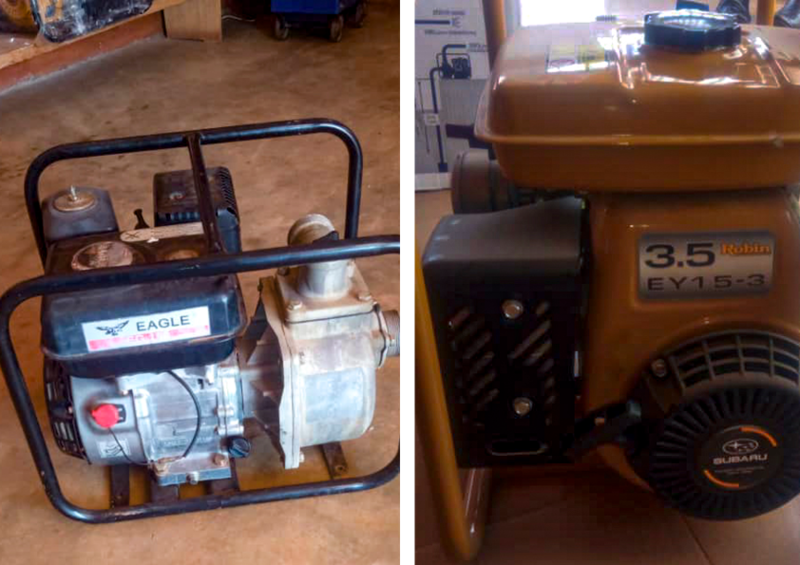 Once they have benefited from this project, they will be able to share their skills with other members of the community to help them practicing the off-season culture.

Alongside the Sisters in charge of the implementation of this project, the actors also involved with the beneficiaries are:

Ultimately, the objective is to create a mutual credit to enable the beneficiaries to better manage and invest their income.

A big THANK YOU for your help,

these displaced populations will be able to meet their food needs thanks to you! 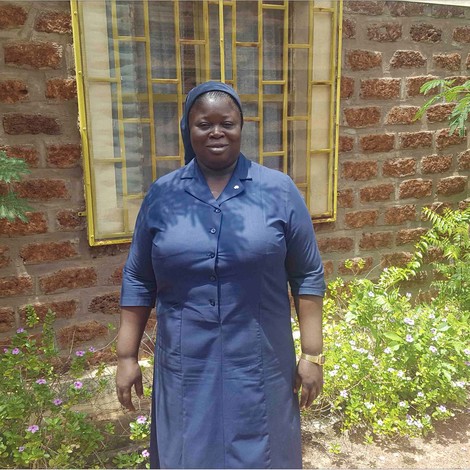 Sr. Toyin ABEGUNDE is a daughter of charity of Nigerian origin, but a missionary in Burkina since 2009. Since her arrival in the Diocese of Nouna, she is responsible for the human solidarity department of Caritas Burkina, which takes care of vulnerable people and humanitarian aid in general . In January 2016 Sister Toyin was asked by the Province of Nigeria to open a new community in another village (Kolonkoura) in the Diocese of Nouna with three other sisters working in an inclusive school. It is in the context of the massive arrival of new displaced persons that she submitted this project of agriculture and food autonomy. 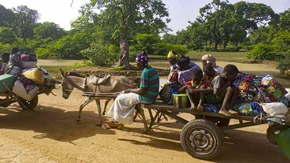 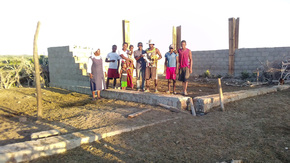 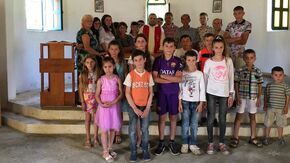