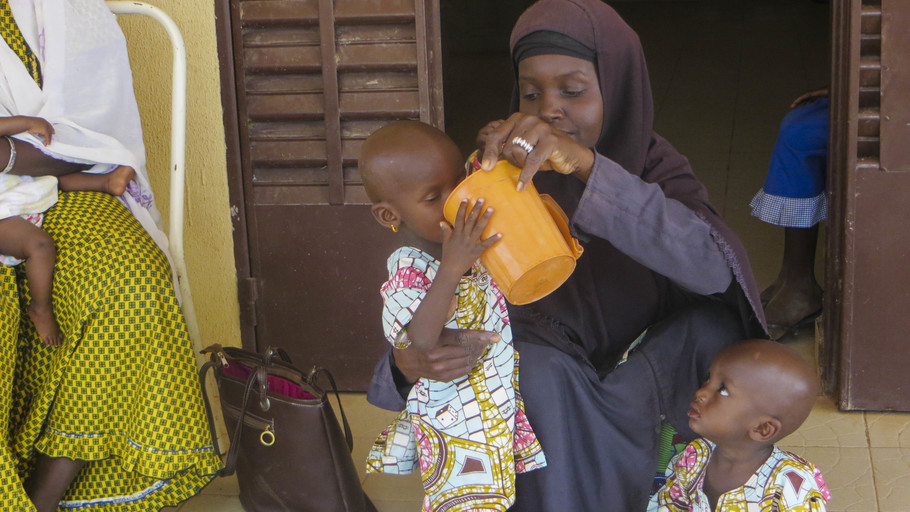 A landlocked and arid country, Burkina Faso (formerly known as Upper Volta) is one of the poorest in the world (ranked 183rd out of 188 countries on the UNDP Human Development Index). 40.1% of the population lives below the poverty line with less than $0.73 per day and while 67% of the inhabitants are under 25 years old, life expectancy at birth is less than 60 years. 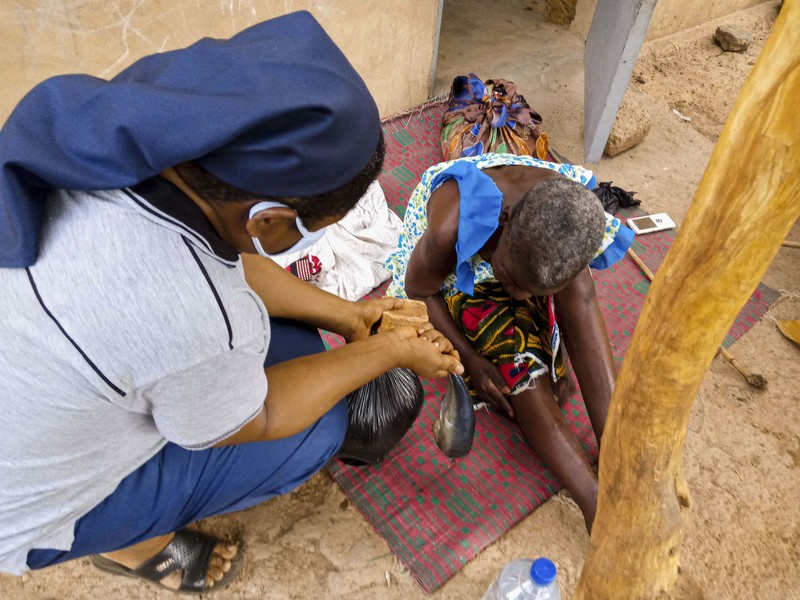 Between health risks and violence, a lot of insecurity in Burkina Faso

This situation of poverty is exacerbated by poor access to basic social services and the lack of health coverage, while malaria (the leading cause of death) followed by respiratory tract infections, HIV and parasitic diseases affect a population already vulnerable to malnutrition.

Another danger has plagued the country since 2015: insecurity. The rise of Jihadism and the exactions of militias in the north and east of the country have forced many people to move and flee their homes. Those who remain in the conflict zones live in perpetual fear of attack. Schools, homes and infrastructure as well as health facilities and health care personnel are the targets of this violence.

Mobilisation of Daughters of Charity

Since their arrival in the commune of Nouna in 2009, the Daughters of Charity have been able to create a place of security and stability for the people of the region. 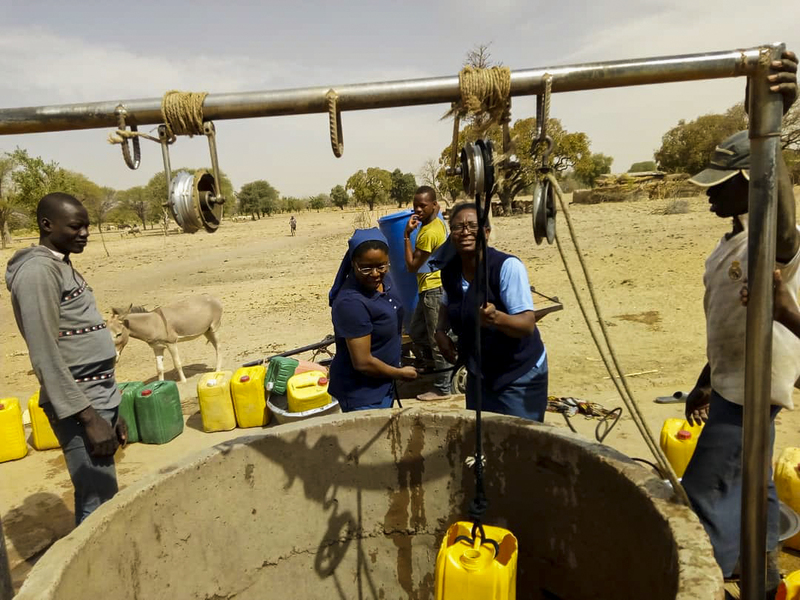 Thanks to the continuous and valuable fruit of their work, widely recognised by the local authorities, they have invested in different sectors of activity (health, prison, education) and manage to maintain community dialogue in this country of 63 ethnic groups, where jihadists want to create a climate of inter-religious and inter-tribal warfare (the main religions are Islam (60%), Christianity (20%) and the traditional African religion (20%).

In wars as in epidemics, women and children are always the most exposed.

As the country suffers from an insufficient number of health personnel and a very low level of literacy, the Daughters of Charity created the Centre for Health and Social Promotion (CSPS) in 2013.

As the mortality rate of children under 5 years of age is still too high (with 81,6‰ according to the WHO) and the level of maternal mortality is also still high (with 330 maternal deaths per 100,000 live births), the Sisters are concentrating their efforts on access to care and in particular on improving maternal and neonatal health. 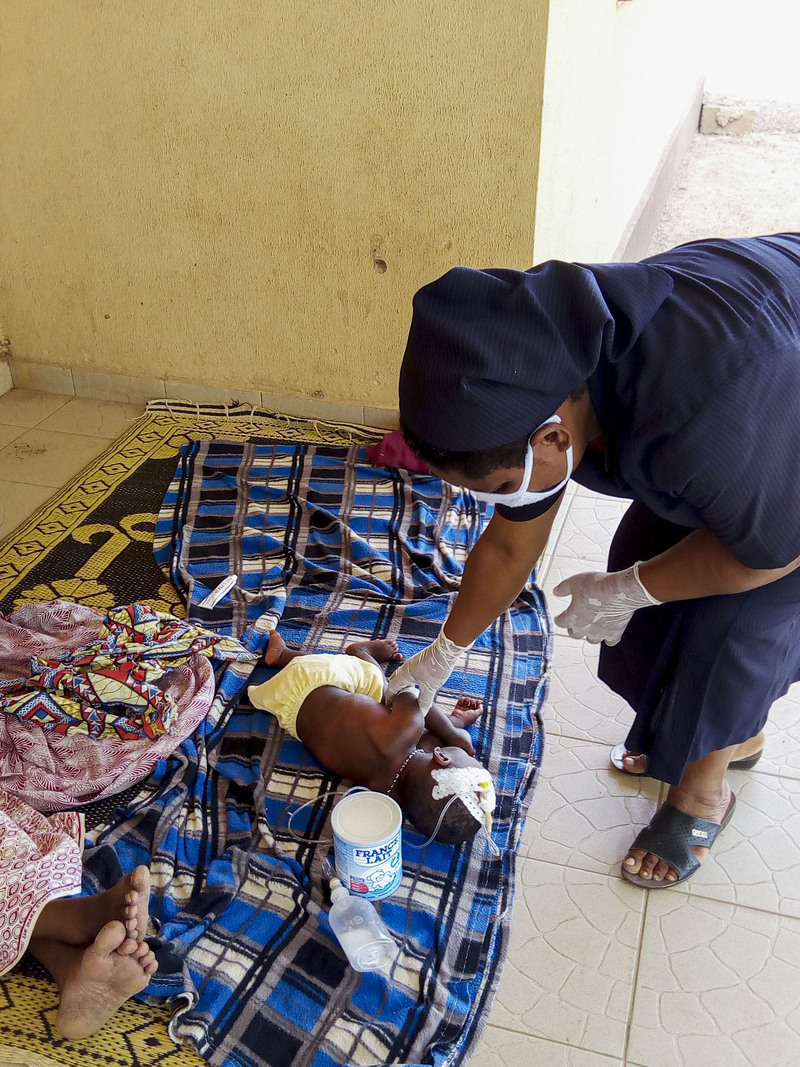 While AIDS, tuberculosis and the Ebola virus had been receding for years after wreaking havoc in Africa, the risk of malaria resurgence is permanent According to the WHO, "the death toll from malaria in sub-Saharan Africa in 2020 will reach 769,000, twice as many as in 2018. This would mean a return to mortality rates not seen for 20 years".

Although Burkina Faso seems to have succeeded in limiting its spread, the Covid pandemic is an additional threat to the country.

In Nouna, COVID 19 is not a major risk at the moment but the danger exists, as cases have been discovered in Dédougou, the capital of the Boucle du MOUHOUN region, 57 km from Nouna.

Acute respiratory infections (tuberculosis, pneumonia, bronchitis) remain an important cause of mortality in the country, so the sisters remain on alert, especially among very young children weakened by malnutrition.

Women and young girls are also the object of vigilance, many of them renouncing to come and consult for fear of the epidemic with sometimes heavy consequences in case of pregnancy.

Strengthen the mechanisms for combating COVID-19,

Aware of the risk of the resurgence of many hygiene-related diseases, the sisters remain permanently mobilised on health issues and work to continue to care for women and children while the coronavirus epidemic is leading to the closure of many health centres and maternity wards elsewhere and to disruptions in supplies.

As the country's economy is still penalised by its heavy dependence on imports, they need to equip the Centre with appropriate, high-quality equipment and materials to prevent infection by Covid-19.

The objective is to avoid any case of contamination within the CSPS, to diagnose any suspected case of coronavirus in order to administer first aid if necessary and above all to raise public awareness of hygiene conditions.

The Daughters of Charity have already begun awareness workshops in the villages to learn how to avoid the risks of contagion, but the lack of equipment is making itself felt and prevents them from responding to the concrete needs of the population. 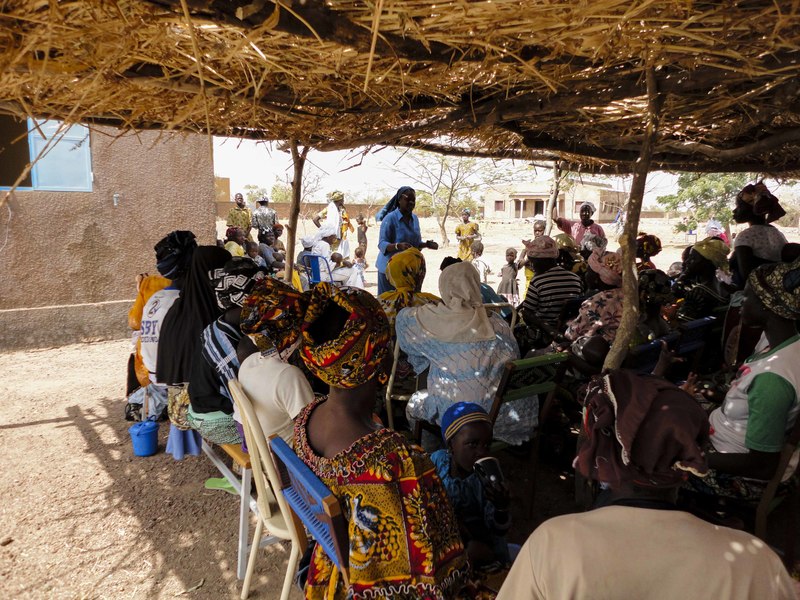 Sister Marie-Thérèse needs financing to be able to acquire soaps and hydro-alcoholic gels, gloves, surgical masks, visors, medical devices and cleaning products, equipment that is essential to control any risk of contagion.

At the Health and Social Promotion Centre, more than 11,000 consultations and 2,500 laboratory examinations were carried out. 52% of the patients are children aged 0-14 years and 29% are women. The beneficiaries of this project are not only the patients of the health centre, but also those who accompany or care for them. Their number is estimated at 30,000 (10,000 patients and 20,000 visitors & carers).

Father Jérôme (administrator) and Fathers Albert Traoré (doctor) and Didier Koéta (paediatrician) are also fully committed and feel the urgency to welcome these local populations in order to stem the spread of the epidemic. 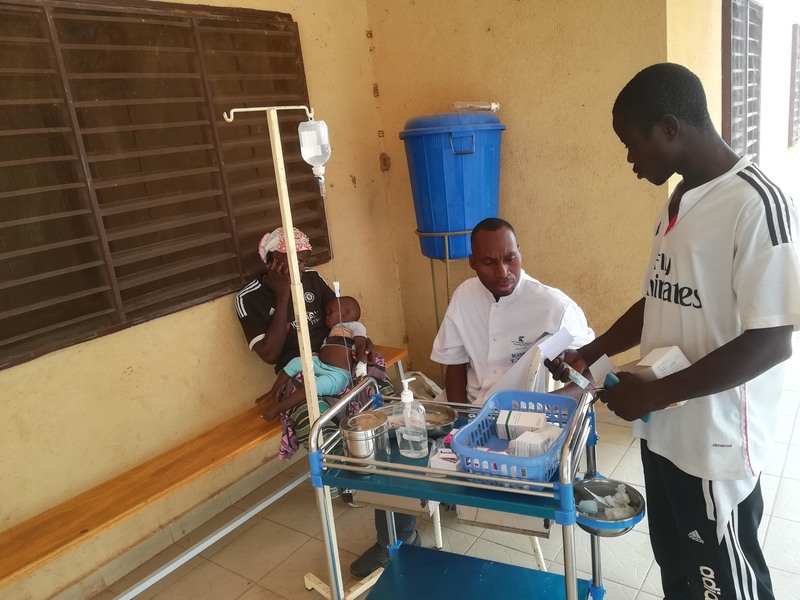 The Daughters of Charity thank you for your help in carrying out their mission in Burkina Faso.

and your commitment to fighting infectious diseases! 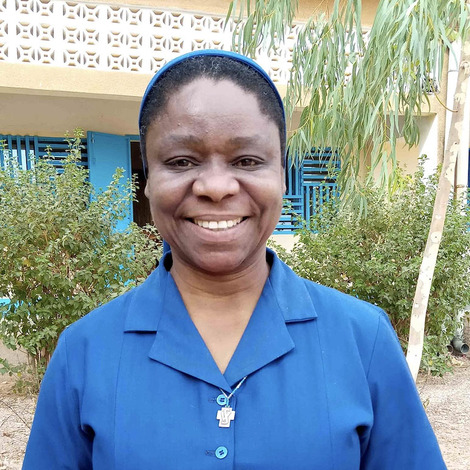 Happy cooking in Thailand 13 young disabled people trained to integrate This new rehabilitation project for the disabled is located in Khon Kaen in the northeast of Thailand, the poorest region of the country,... 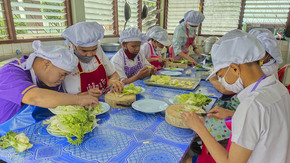 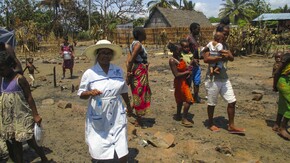