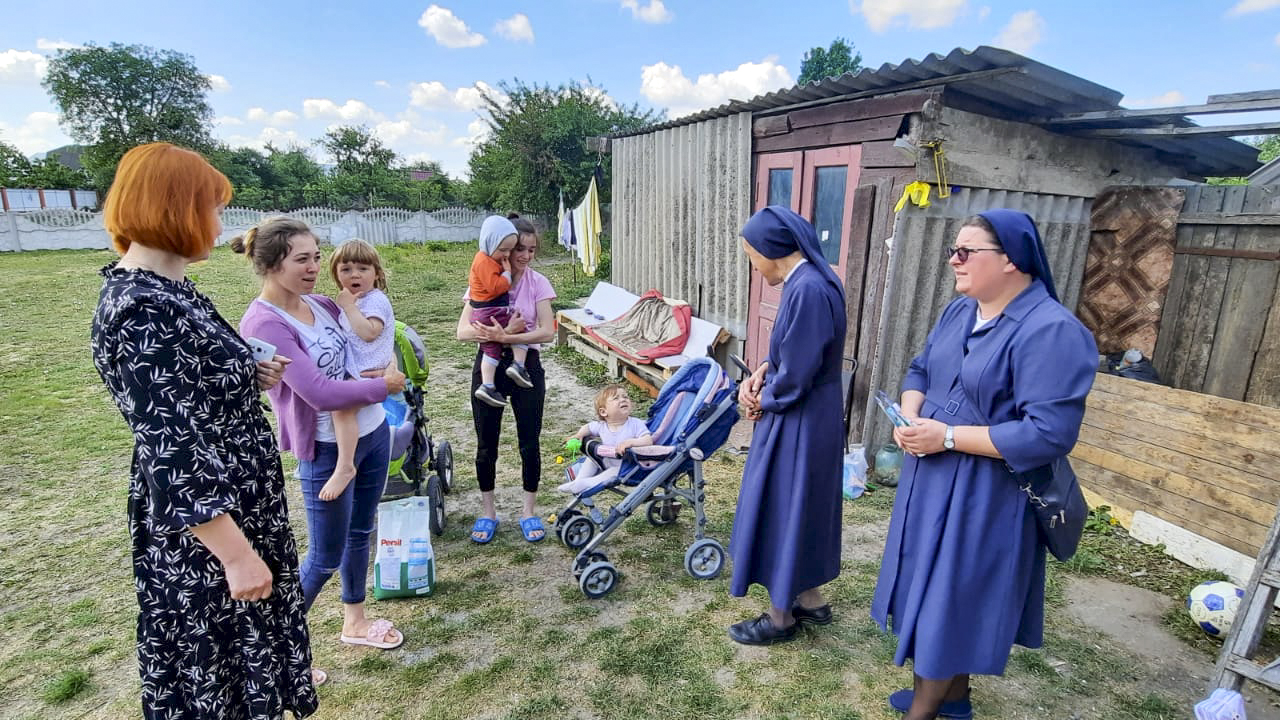 Basic necessities for war refugees in Smotrych
November 16, 2022
Soeur Z
We did it

This projet "Emergency in Ukraine" project supported the Daughters of Charity in their mission to welcome Ukrainian refugees to their house in Smotrych.

Thanks to your generosity, we were able to buy the necessities to maintain a bearable daily life for our permanent residents of the House of Mercy as well as for those who were living with us or were passing through because of the war.

We also distributed food, clothing and cleaning products once a week to some of the homes in Smotrycz and the neighbouring villages where other refugees were living.

Distribution of parcels for refugee families

Some of the people who lived with us for a while have returned to their towns in eastern Ukraine. We are still in contact with them by phone and send them food parcels when they need them.

We have sent some humanitarian transports to the front thanks to Father Piotr Czaplinski or Bishop Paweł Gonczaruk who regularly go back and forth. 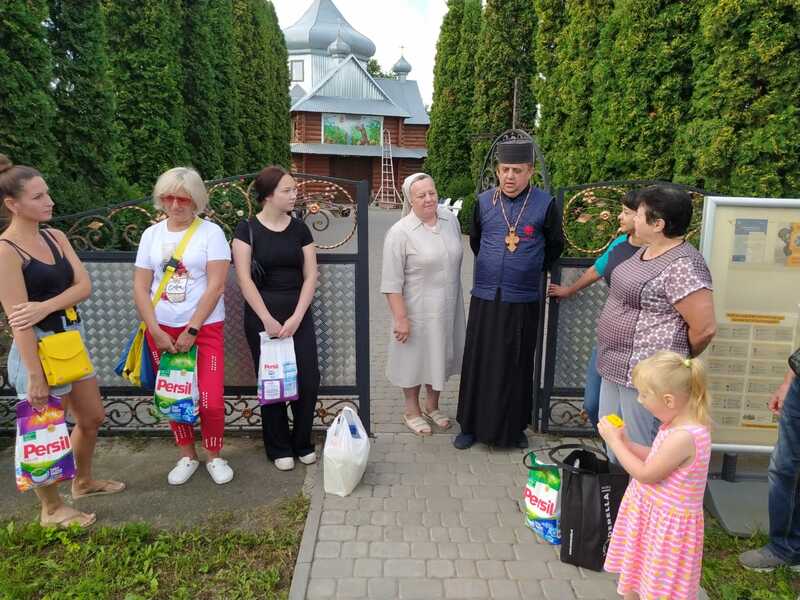 Distribution of laundry in the village

We have spent all the money we received from the project. However, we continue to support the refugees, and we will do so for as long as it is necessary.

Those who stayed with us to rest before continuing to flee abroad were given a hot meal and basic necessities for the journey.

Some families we knew from Mariupol before the war were given financial help to flee the city and not starve.

Elderly and sick people were taken in at the House of Mercy for an indefinite period of time. 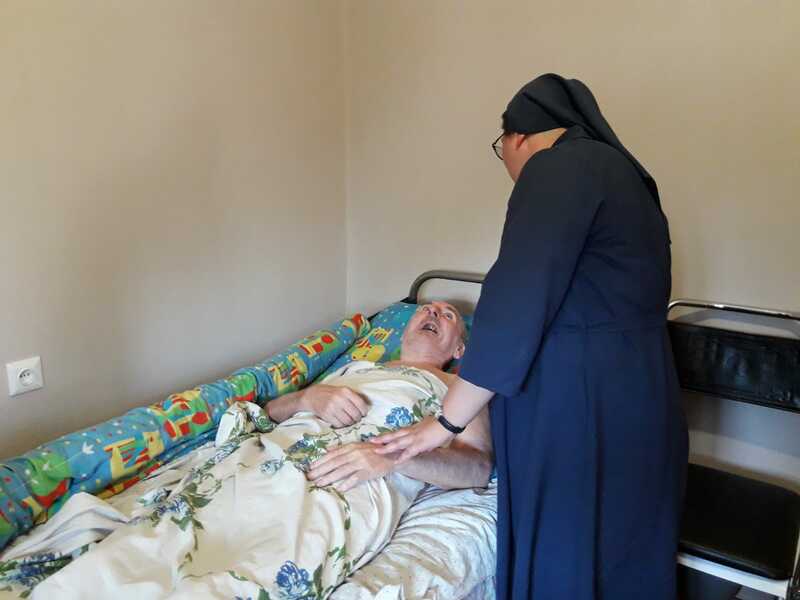 A sick man taken in at Smotrych

In summary, the direct beneficiaries of this project are

The 30 residents of the Maison de la Miséricorde

75 refugees still living with us 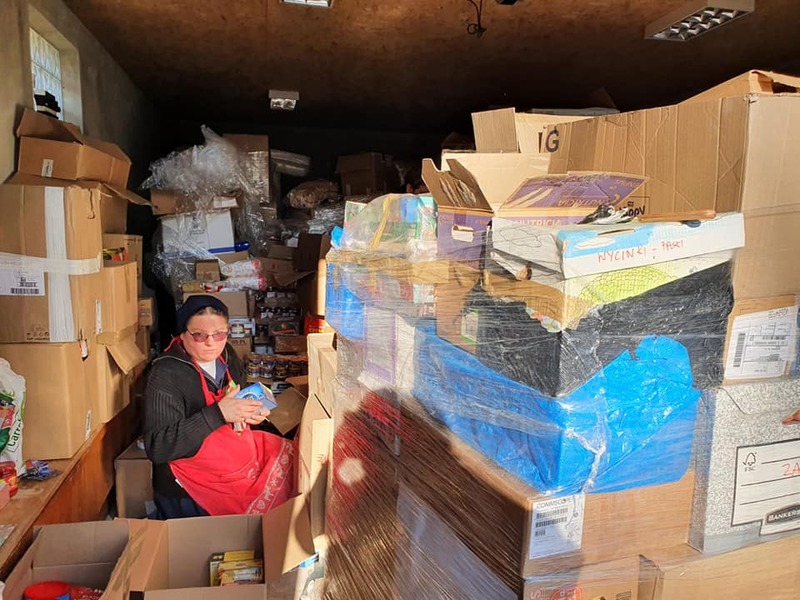 A sister prepares the parcels

"I met the Daughters of Charity in the parish of Our Lady of Czestochowa in Mariupol. The war brutally interrupted the peaceful life of the inhabitants of the town. We were left without electricity, water, gas, mobile connections and heating, while constant bombing destroyed our homes and roads. We had no access to food and medicine and leaving our city was a challenge for everyone. Being under constant fire, constantly worrying about our loved ones with whom we had no contact, not being able to sleep normally, constantly facing suffering and death affected my peace of mind a lot. We finally escaped from the hell of Mariupol even though we had nowhere to go. It was then that I remembered the sisters from Smotrycz.

They showed us great mercy and kindness and welcomed us with hospitality in their "House of Mercy". During our stay from 22 March to 25 June, the sisters were always attentive to our needs. The general atmosphere made us feel at home. With their open hearts and good advice, they helped me to recover mentally from the traumatic situations I had experienced. They then helped me to redo my official documents that were lost during the trip. It was easier for me to overcome all this because of their care and support. I admire their perseverance, dedication and hard work in the face of the insecurity of war. Their interventions have been crucial: material help but above all continuous support that has allowed us not to lose hope. They are a model and a source of inspiration for all of us." 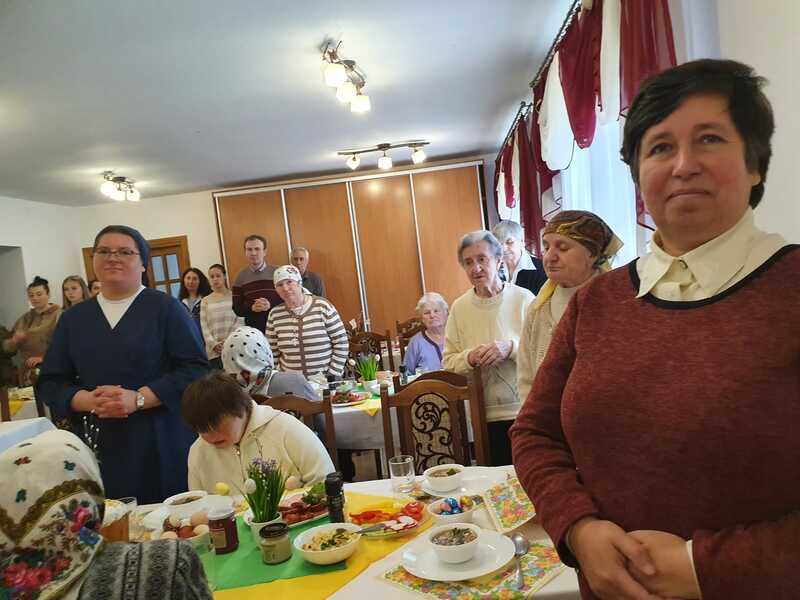 The extra money we received allowed us to help more people, especially to buy clothes, linen, blankets and household items for the refugees who decided to stay in Smotrycz and were initially living in empty houses. 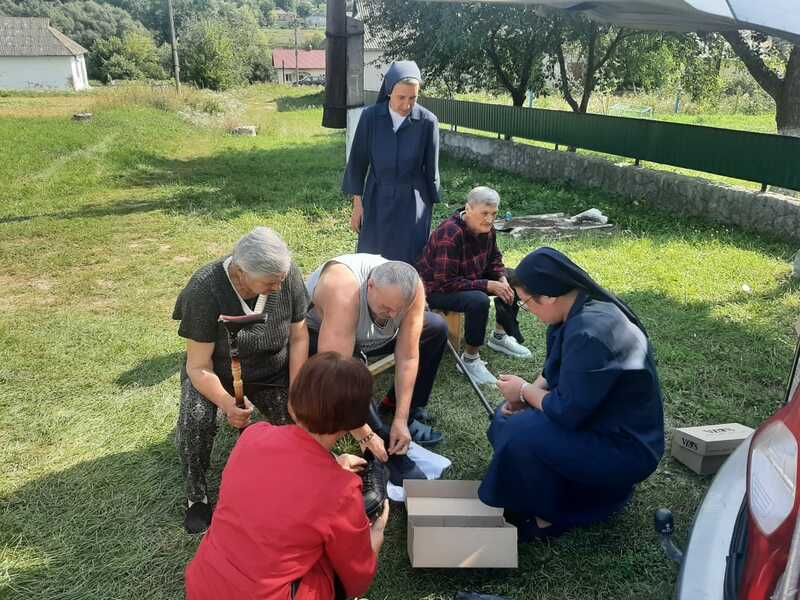 New shoes for refugees who left with nothing

From the bottom of our hearts, we thank all the donors who have supported our ministry in Ukraine.

Your support has touched the people living under our roof, the people fleeing the war, the families living in the war zones and the soldiers. They are all very grateful for every donation. Some of them had NOTHING left except the clothes they were wearing. In such a difficult time for them (materially and psychologically), thanks to your help, we were able to give them basic products and this was a sign for them that they had not been abandoned by all. This support gave them hope. Again, we thank you on their behalf.

May God bless you! 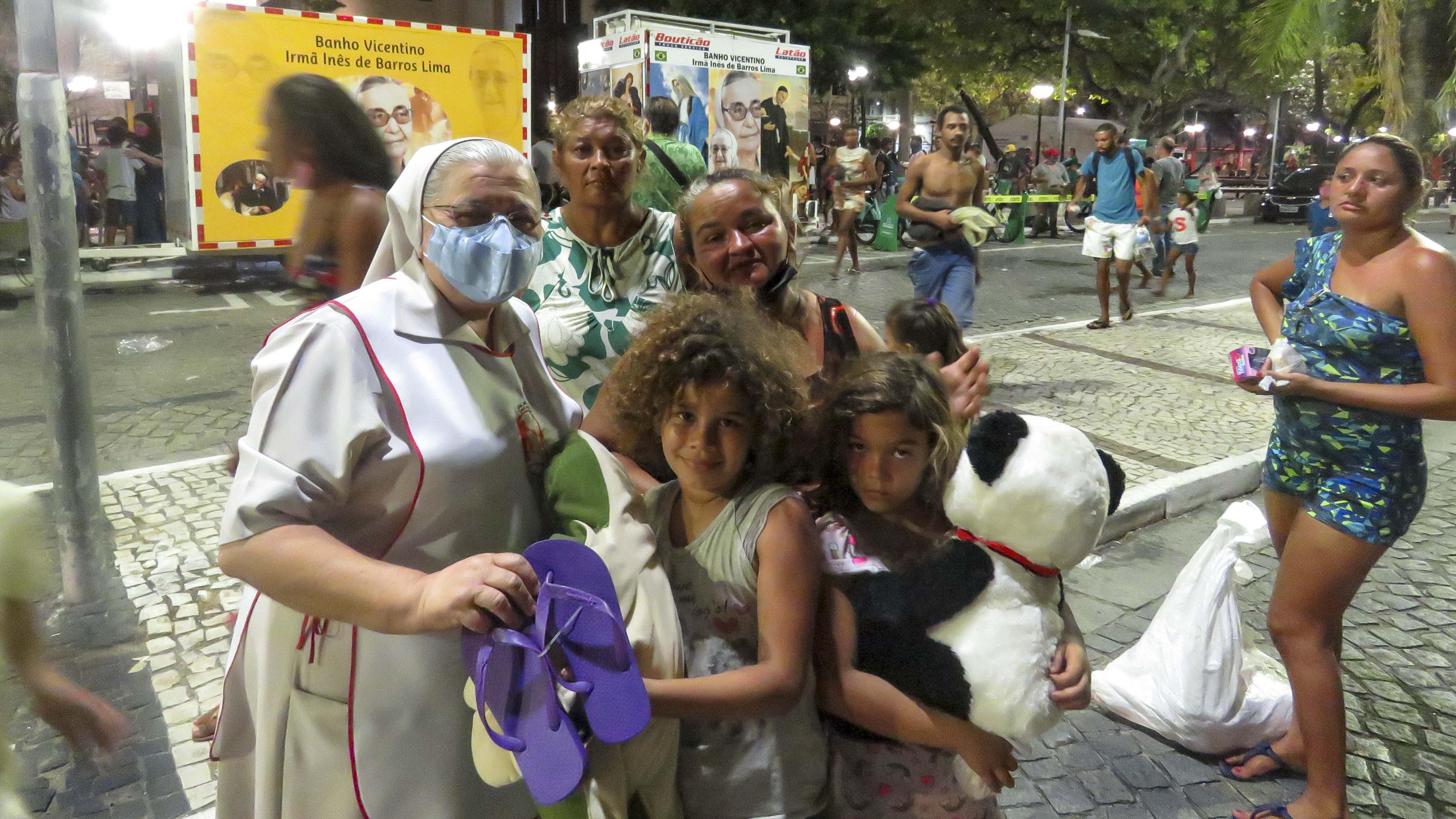 Charity shower - We did it!