Women, the lifeblood of Nigeria 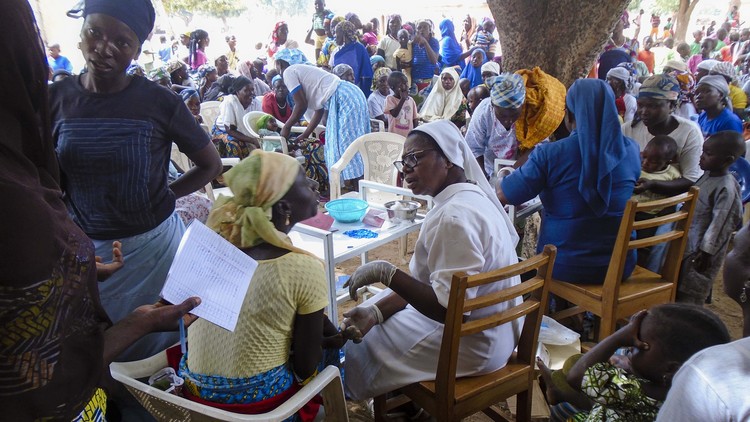 Inequalities in Nigeria, the richest country in Africa

About one-fifth of Africa's population lives in Nigeria, a West African country located in the Gulf of Guinea.

Despite Nigeria's wealth and high foreign exchange earnings (the largest oil-producing country in Africa), wealth remains unevenly distributed, with extreme poverty coexisting with extreme wealth. According to the NGO Oxfam, in the country more than 112 million inhabitants (out of more than 200 million) are in poverty and 5 million people suffer from famine.

In Kano, one of the 36 states of Nigera in the North of the country, about 85% of the population lives on less than one euro a day.

Most of the inhabitants are peasants and cannot produce enough food to support themselves throughout the year.

With the population explosion and soil erosion due to climate change, land is becoming increasingly infertile and due to high inflation, fertilizers are becoming unaffordable for farmers. Yields are still too low, and the average family receives only a maximum of 200 euros per year.

Invited by the bishop of the diocese at the time, the Daughters of Charity settled in 2002 in the state of Kano and carry out their missions in conditions that have often been dangerous in this northern region of the country. They are remembered for the terrorist threat of Boko Haram and the tribal wars between Christians and Muslims that forced hundreds of thousands of people to flee their country. The situation seems to have stabilized since 2015. 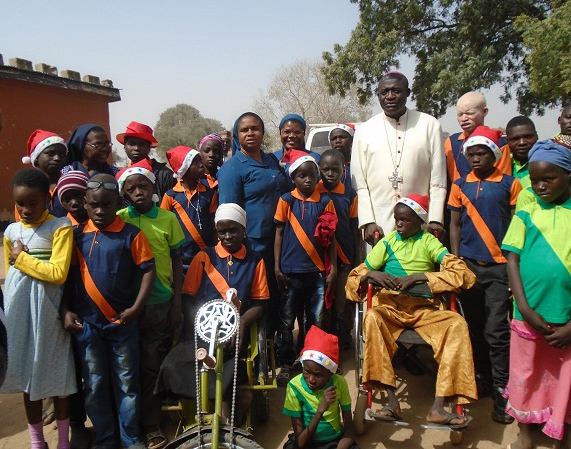 It is in the village of Gamashina that the sisters are involved with the rural population. In particular, they manage a large health programme for the benefit of women and their children, but also for vulnerable people such as the handicapped, whose integration they want to ensure.

They are particularly sensitive to the economic empowerment of women in rural areas and work to help young girls free themselves from ancestral and customary constraints to become responsible for their lives.

Although Nigeria is one of the most populous countries in Africa, it has the highest rate of out-of-school children in the world (nearly 20% of the world's total out-of-school children). In the north of the country, nearly two-thirds of students are illiterate and more than 10.5 million girls are out of school. 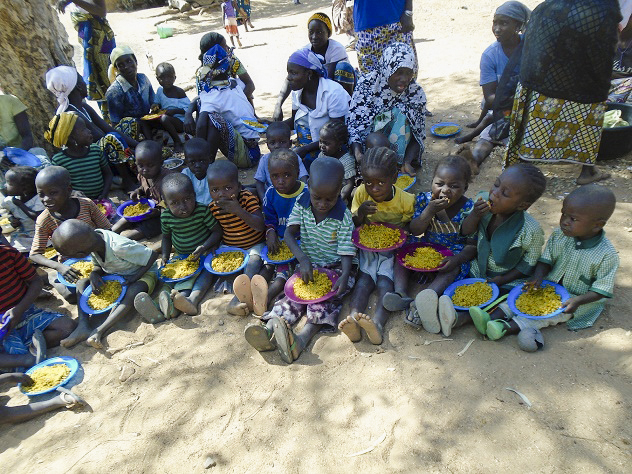 Due to the lack of infrastructure and schools in these rural areas, classrooms are overcrowded. While some parents prefer to focus on educating boys in the belief that they will later become heads of households, marriage is seen as an alternative for girls, who are considered more effective at home, especially if they drop out of school. In many villages, girls are still married at a very young age. 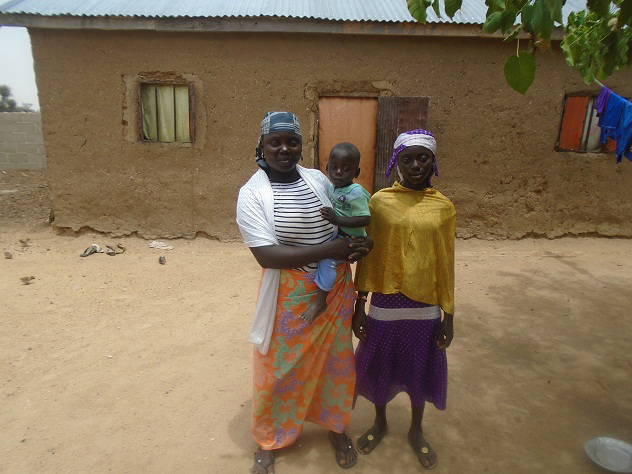 A group of mothers, however, decided to protect their daughters from this critical situation and approached the Daughters of Charity in Gamashina. While they have worked all their lives in difficult conditions and aspire to offer their daughters another future, they want above all to give them access to skills that will empower them and enable them to provide for their families.

Encouraged by the village chief, fathers and brothers have also become aware of the need to train the girls. 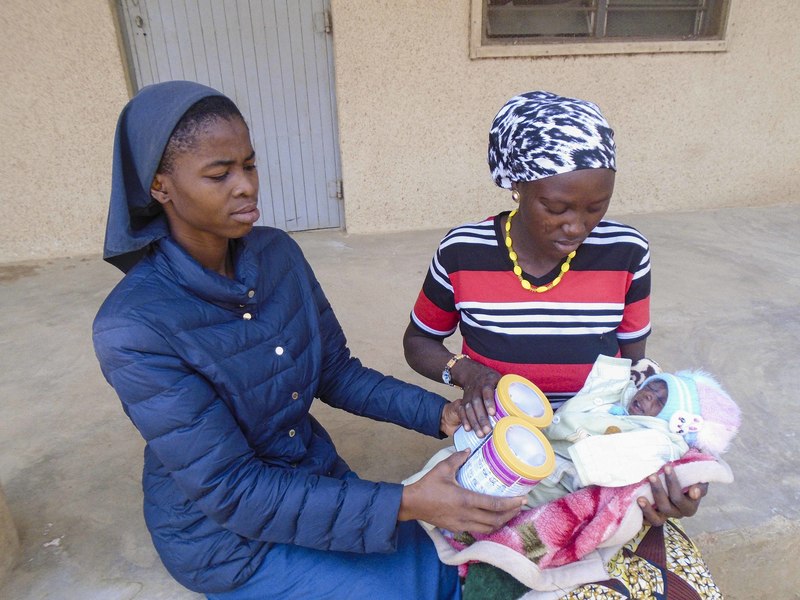 The very low financial resources of families, on the other hand, prevent them from allowing their daughters to have access to the education and training they need.

As part of their programme to raise awareness and promote girls' education, the sisters have decided to launch a skills training programme with the following stages: 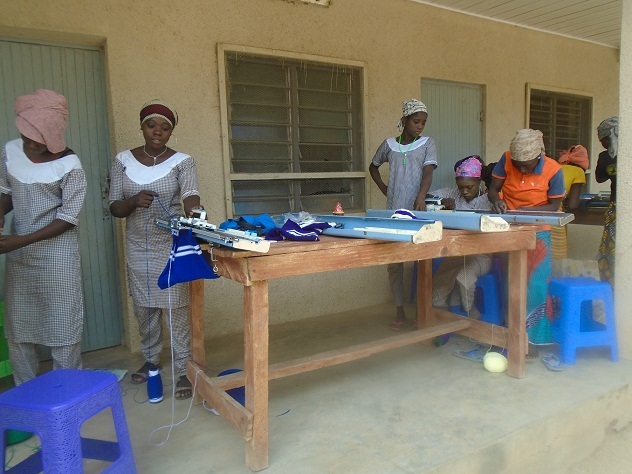 Under this programme, the purchase of sewing machines and accessories will enable young girls to be trained in sewing and jewellery making.

The purchase of the gas oven will enable them to prepare traditional meals that they will be able to sell in local markets, in addition to sewing items and care and maintenance products that they will have made themselves.

Objectives of the program

This skills training program for girls has already been launched with the financial support of the Daughters of Charity of the Province of Nigeria. The programme ensures not only the smooth running but also the security of the community to protect themselves from violence and attacks (young men selected by the community do the security work at night).

In spite of this financial support, funds are still insufficient and it is planned to continue this programme as long as possible in order to educate and empower as many young women as possible.

For this reason, Sister Paulina has requested Rosalie Projects to co-finance this project and to acquire the necessary materials and equipment to enable the young women to start their activity. 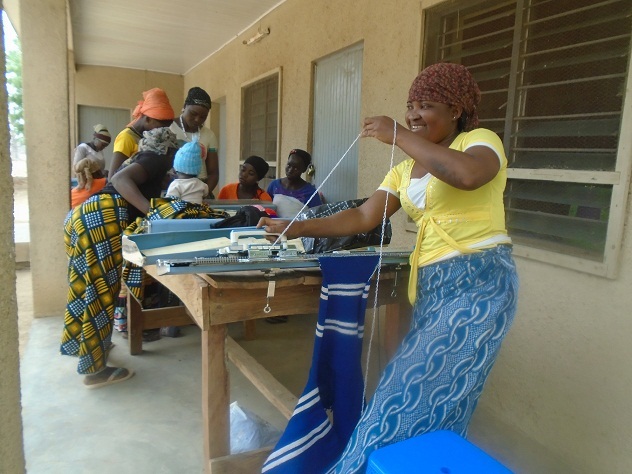 37 young married women will be the direct beneficiaries of this project.

While the results of this project will be measured by the number of beneficiaries who are able to earn a living and support their families with the skills acquired, the impact of this programme goes far beyond this and can be described as sustainable, long-lasting and replicable.

When girls from the village tell how they manage to become self-reliant, they become a role model for others. The more skills they acquire, the more they can speak to their communities about the need for education and the more likely families are to want education and training for their daughters.

When these women are educated and trained, together they become active members of their communities and work towards a prosperous economy. By supporting their children's education, they become a matrix that is perpetuated from generation to generation and thus protect their country from threats, conflict, violence and religious extremism.

Your support is a lever to ensure the promotion of these women.

With you, they can act!

Thank you for them 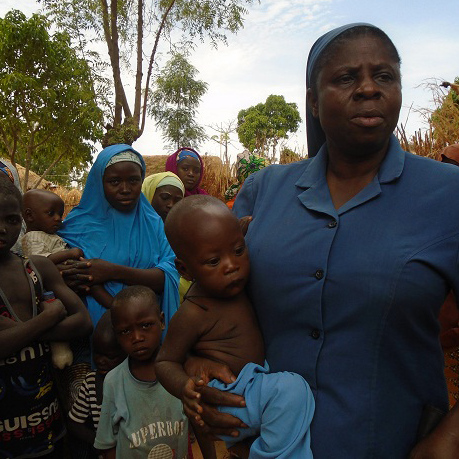 I'm Sister Paulina Owne. I joined the Daughters of Charity of St. Vincent de Paul 27 years ago. In 2014, I was sent on mission to the Catholic Diocese of Kano (Northern Nigeria) to work with other Daughters of Charity in a rural health program. In particular, we accompany women and their children and young girls, people with disabilities, as well as families affected by malnutrition. We aim to economically empower women in rural areas and rehabilitate them through skills training, nutrition training and micro-credit loans. 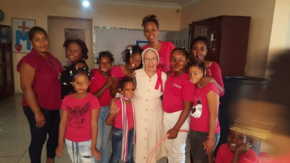 Transforming lives in Kediri A micro-business for needy families Kediri is a city in the province of East Java, Indonesia. It is the largest city in East Java after Surabaya (130 km north-east of the... 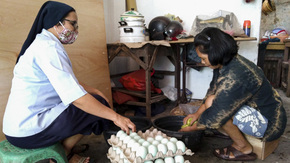 Resists... Curbing contagion in Burkina Faso A landlocked and arid country, Burkina Faso (formerly known as Upper Volta) is one of the poorest in the world (ranked 183rd out of 188... 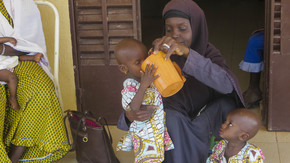