Renovate to educate in Beirut 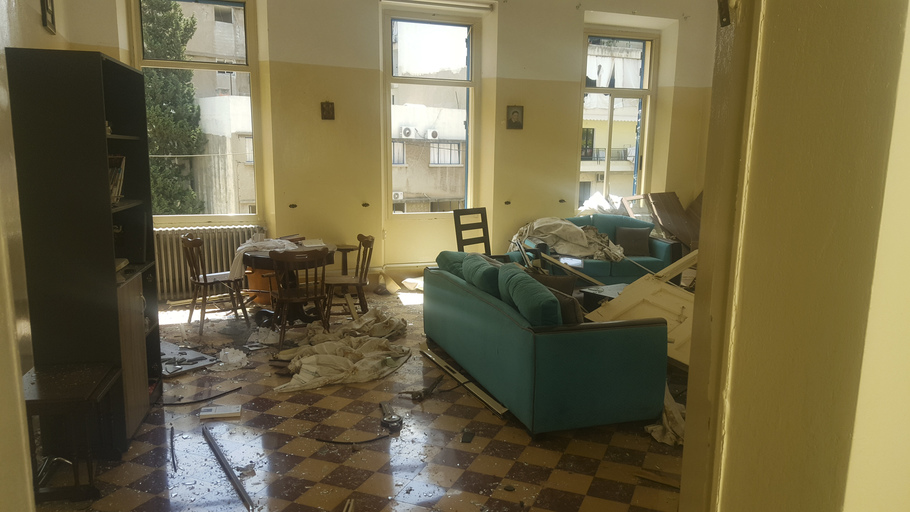 The School of the Immaculate Conception located at the port of Beirut was at its creation in 1894, the so-called "Quarantine" building. In times of epidemics, it welcomed travellers who had just disembarked waiting a few days or even months for an authorization to enter the city. Following the arrival of working-class families in the neighborhood, the Daughters of Charity then opened a school to welcome their children and offered them a free meal, often the only one of the day. The Daughters of Charity keep this tradition going today by offering food to the children of the institution, just as they continue to be involved in helping the poorest in the neighbourhood. 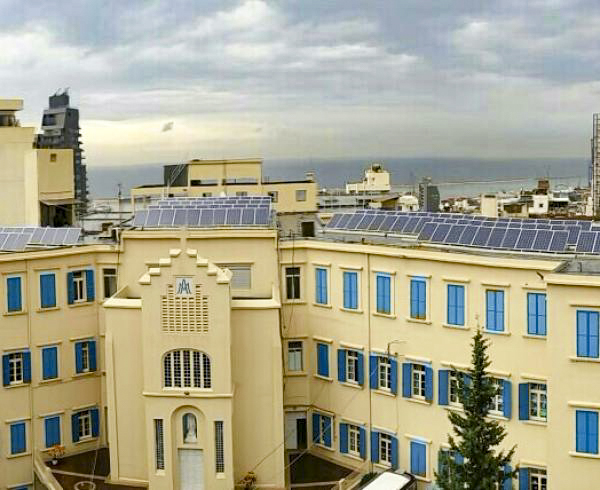 At the moment, the educational community of the Immaculate Conception counts 30 teachers and 5 employees who look after 350 children (some of them very marginalized) in the Beirut area on a daily basis. Primary school is partially free, parents pay 60% of the fee, and an inclusion service has been established for children with learning difficulties.

At the moment, the Immaculate Conception includes:

Sister Marlene, director of the school:

"The explosion on 4 August left more than 200 people dead, 6,500 injured and nearly 300,000 homeless. It caused a political earthquake that has already led to the fall of the government. There was a fire in a warehouse where 2,750 tonnes of ammonium nitrate, a dangerous chemical substance, had been stored for six years without "precautionary measures" according to Mr Diab (Prime Minister). The deflagration razed the harbour to the ground. In a country that has been in a state of economic wreck for several months, the tragedy has raised fears of global insecurity. " 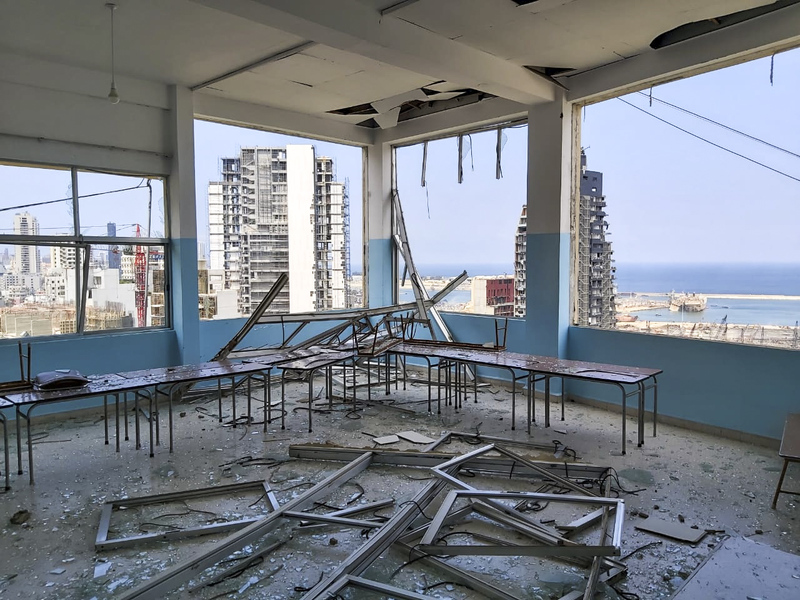 The whole educational community had recently participated in the restructuring of the school. The explosion destroyed the college, which was the most exposed building.

"We had just finished renovating the college after 3 years of work.

We also had the great sorrow of losing Sister Sophie, who died as a result of her injuries" 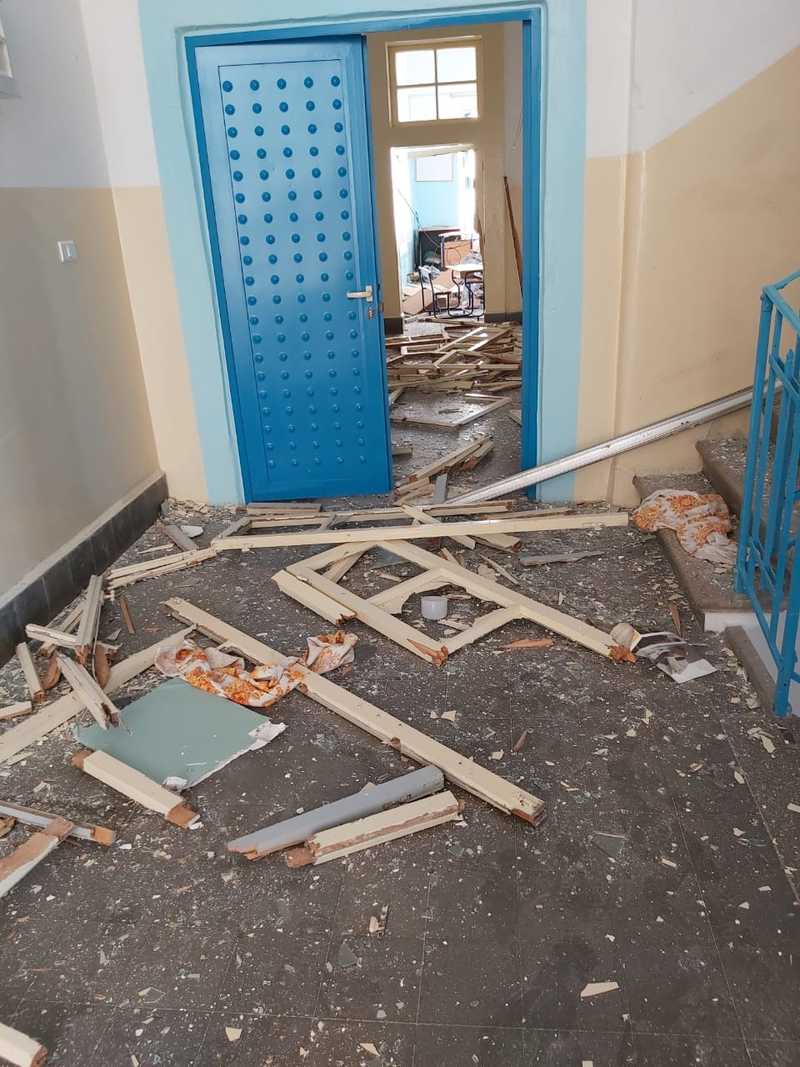 This year, the priority was to train students in the use of digital technology to make them autonomous in distance learning so that they would not lose their school year. The explosion destroyed parts of the building, teaching materials and furniture, as well as the homes of the 14 teachers and employees.

The project: renovating the teachers' accommodations

In addition to the numerous damages to the school, the explosion in the port of Beirut has also caused the loss of the teachers' and employees' houses. Families find themselves living in very difficult conditions, with most of the teachers' husbands having lost their jobs and surviving on very limited resources. 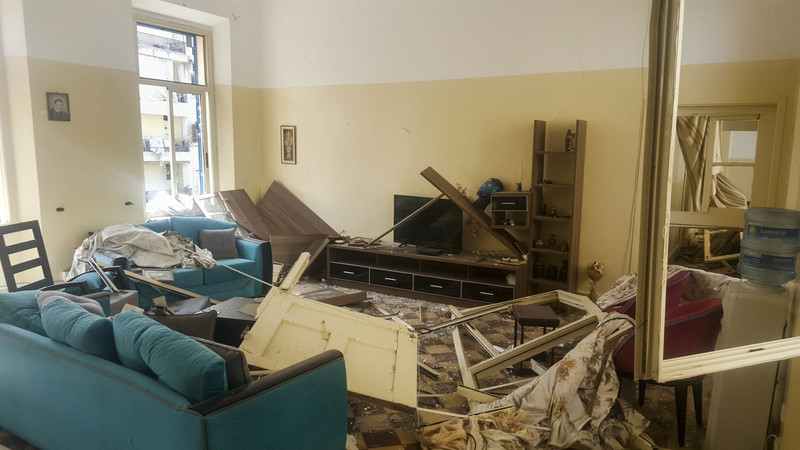 Their flats are dilapidated, their front doors can no longer be closed, the windows have been blown out. Despite the poor conditions, families continue to live there for fear that what little they have left will be stolen or that their homes will be squatted. 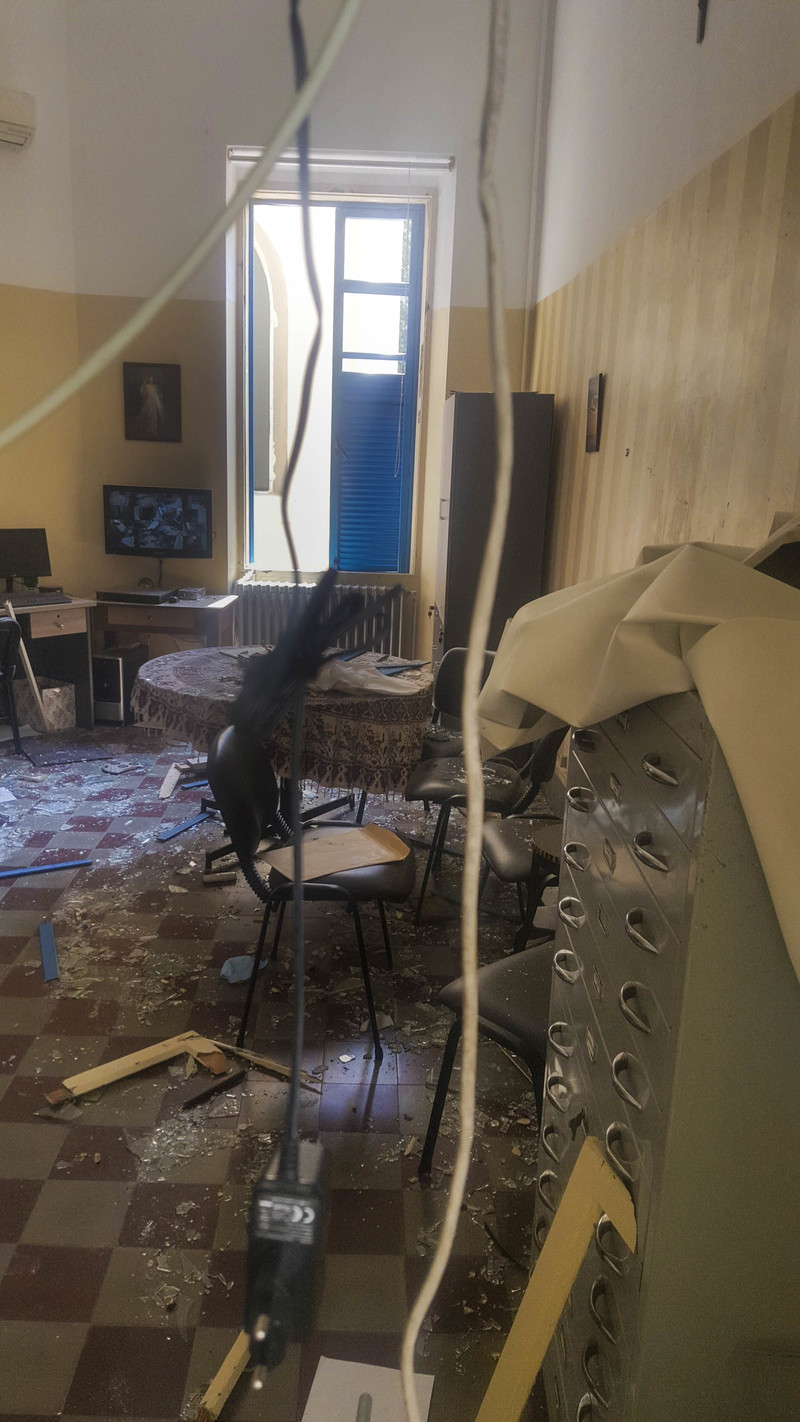 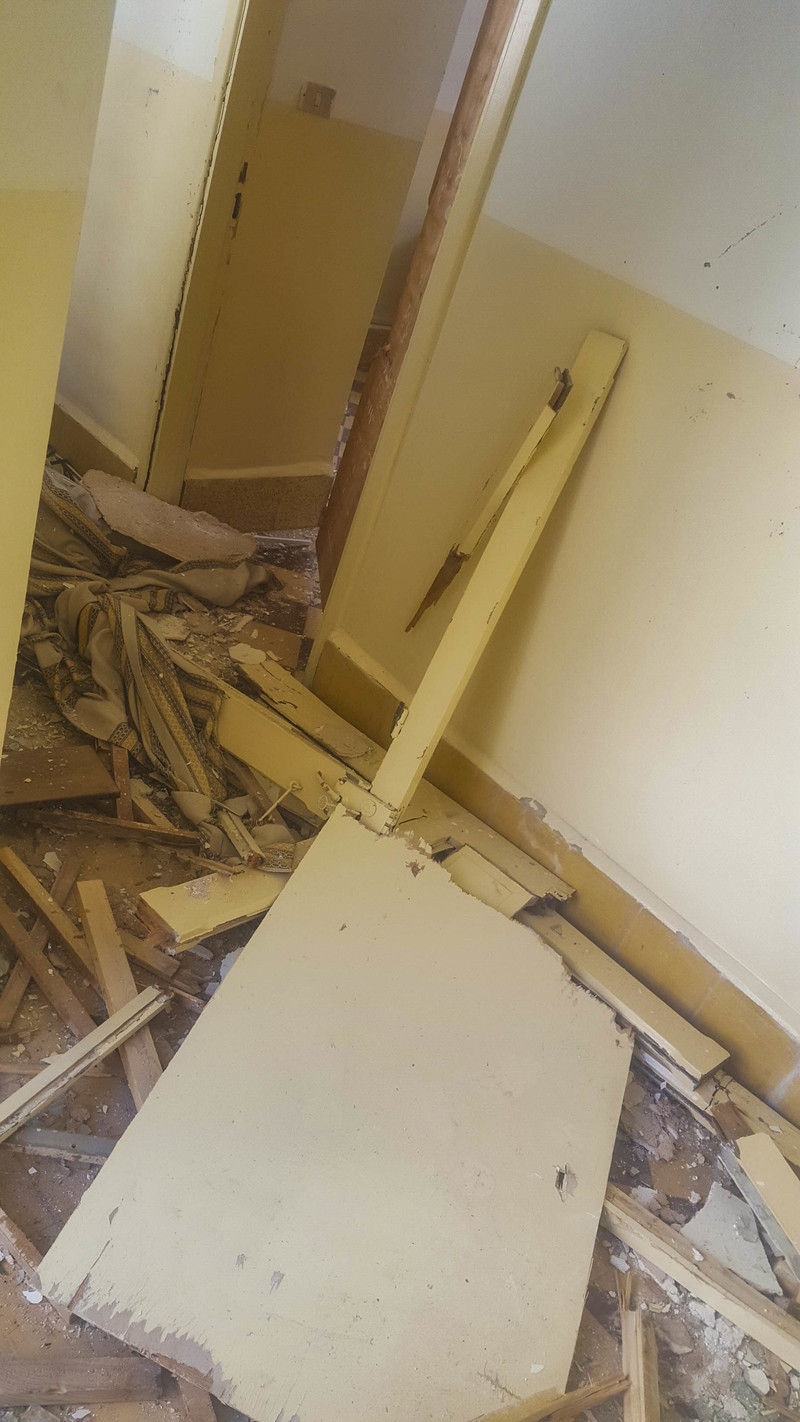 In order to resume a normal life, they need help to repair the damage and refurbish the flats before winter.

The cleaning of the accommodation has started thanks to the families themselves and volunteers (scouts and former students). The next step now is to repair what can be repaired and to buy the materials needed to rehabilitate the houses. 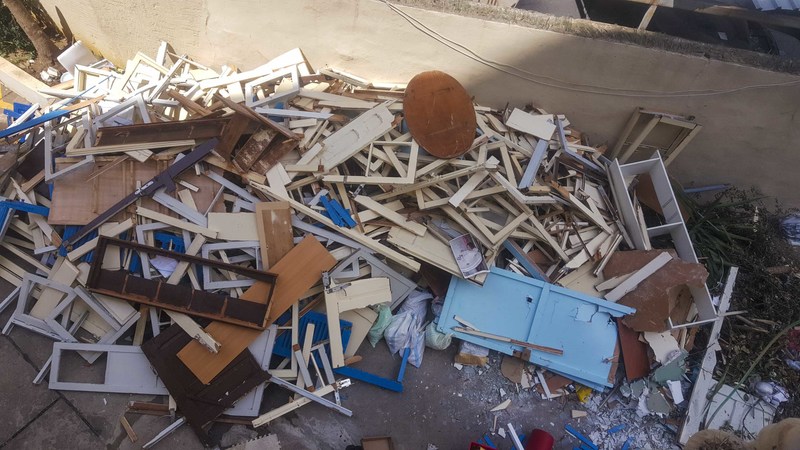 Once the equipment has been purchased and the accommodations have been renovated, we want to keep the employees of the college engaged despite the destruction of the school to enable them to earn an income. Unemployment in the country is getting worse, and state subsidies have been suspended for months. However, the teachers have agreed to continue to help the students at a distance and to teach online whenever possible until the school can reopen.

We are well aware that a psychologist will have to intervene in the future to help families regain their balance after these difficult moments.

A very big thank you for your support to the Lebanese people, we are a big family, we need your help...

May God bless you 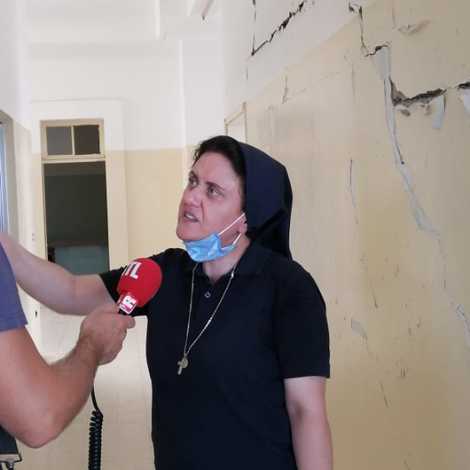 I am Lebanese born in a village in the North of Lebanon. I was a student of the Immaculate Conception from the age of 3 to 15 years old and then I continued my studies in management. I joined the Community of the Daughters of Charity in 1998 and entered the seminary on September 25, 2000. In mission, I served the children in schools and orphanages, I was in charge of the aid projects for the communities of the Near East Province.
After obtaining my doctorate in Educational Management in Mulhouse, I taught courses for the students of the Master's degree in School Management at the Jesuit University of St. Joseph. I served the older sisters and finally I was in charge of the direction of the Immaculate Conception in favor of the poor. I completely renovated the school and restructured the facility to help the team transform their teaching according to current needs, especially at distance, and to promote the inclusion of children with learning difficulties. After the explosion of the port, I continued the mission and am currently fighting for the renovation of this school as it serves the poorest in Beirut. 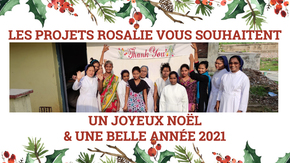 Harvest time in Burkina Faso An agriculture project to share crops The most vulnerable are always the first victims in Burkina Faso, a country that has been affected by natural disaster and political... 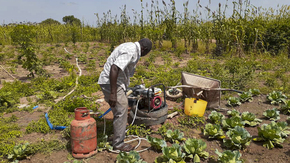 On the road Children saved by mobility Context: tribal families in Odisha, one of India's poorest states In India, the level of economic development of its 25 states and 7... 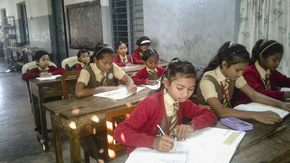