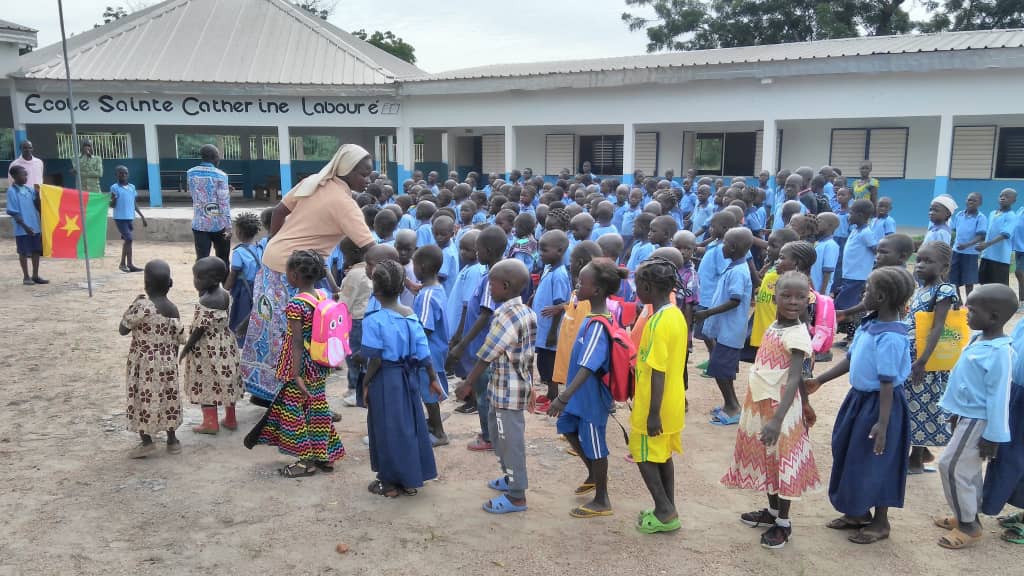 Meals and health care for kindergarten and primary school children in Cameroon
November 10, 2021
Sœur Têrêxa THUY TRANG
We did it

In Midjivin (Cameroon), parents send their children to St. Catherine Labouré School to place them under the protection of the Daughters of Charity of St. Vincent de Paul. Many of them, in kindergarten and primary school, arrive for the most part at school with empty stomachs, weakened and sick.

The poor harvests due to the drought and the low resources of the parents do not allow them to ensure the basic needs of their children, the first victims of malnutrition and lack of medical care.

The objective of the food and medical aid project "Roots and Wings" was to contribute to the physical and intellectual growth necessary for their learning and immunity.

Thanks to your mobilization, 90 kindergarten children and 117 students aged 6 to 8 years old were able to benefit from this project. These children now have a bowl of complete porridge once a day, as well as a dish of rice with meat sauce every Wednesday at the school. 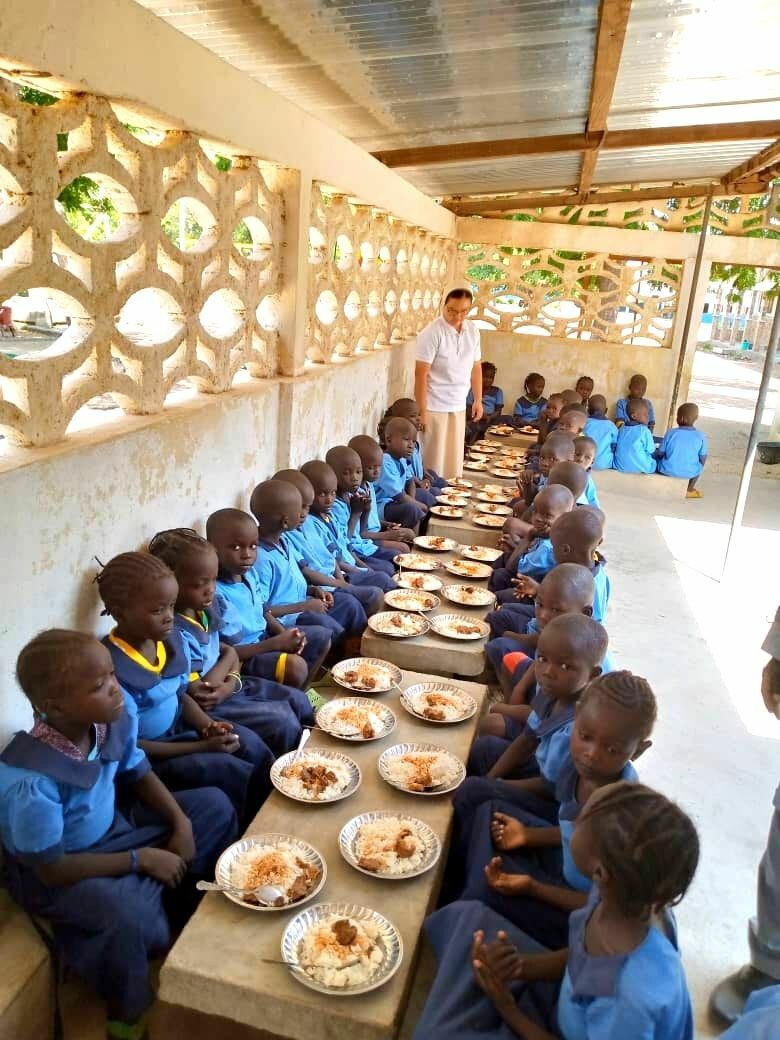 The medical aid provided has also enabled us to set up a school pharmacy to deal with recurrent illnesses among the children or to send them to hospitals in case of more serious illnesses (anemia, malaria, typhoid).

Let us listen to the testimony of Sister Têrêxa

« We received the money towards the end of April, but we waited until the beginning of this school year 2021/2022 to carry out the project. Since the beginning of the school year, we buy meat once a week and pay the monthly salary of the cook. The imperishable food products will be taken from the shopkeeper as and when we need them.» 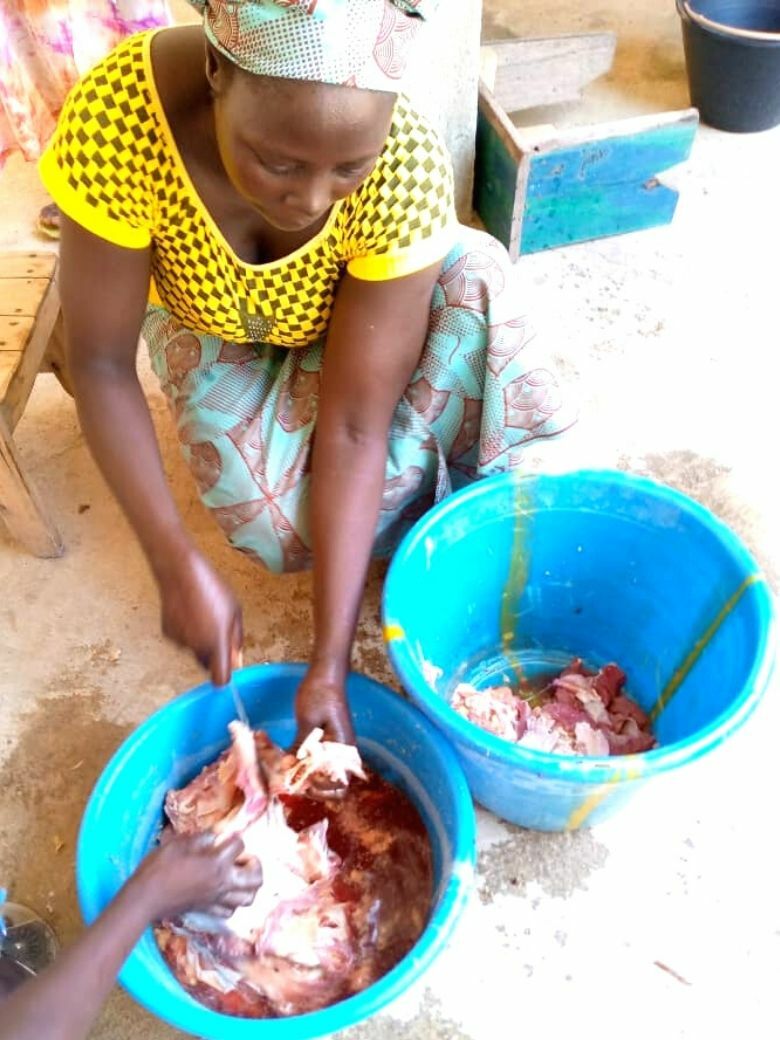 "In fact, kindergarten and first grade students show a particular interest and awareness in their learning by participating more in class." 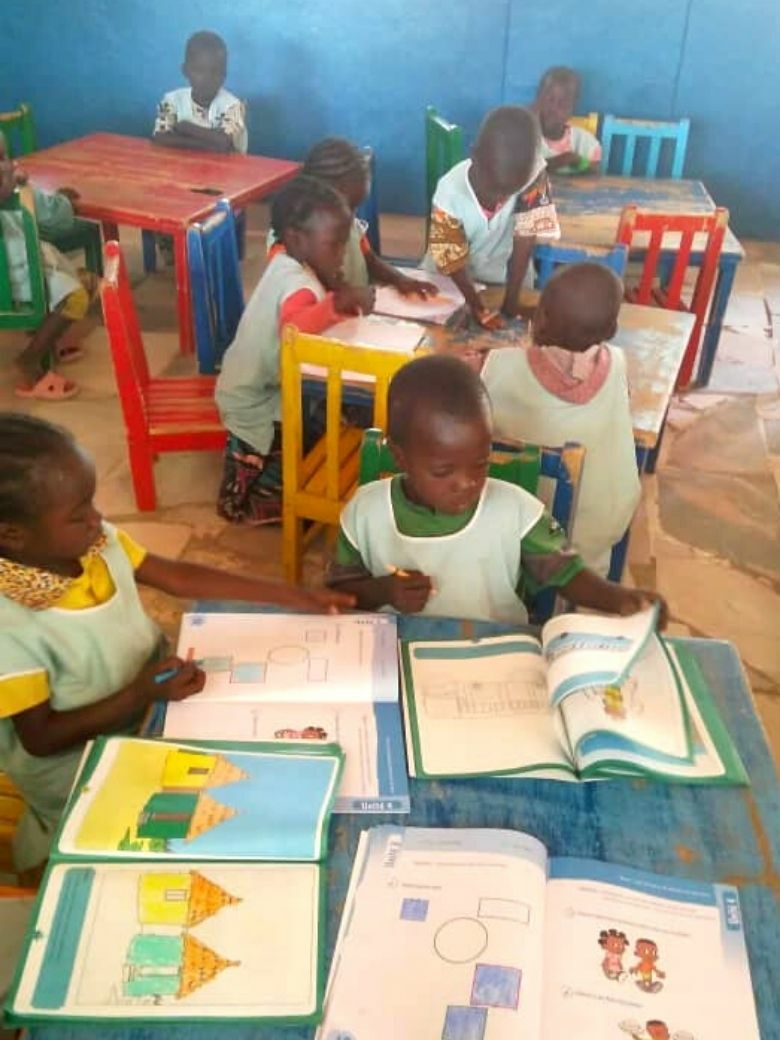 « They are more cheerful and regular at school despite the malaria that has been rampant from September to November in the Far North of the country. They all look forward to the break, to run and enjoy a good porridge or finally eat a balanced meal with meat. As soon as they returned home after the first meal served in the school, the children let their joy burst forth. And the next day, we were overwhelmed by parents who wanted to come and show their gratitude for this project. Those whose children had received free malaria treatment or bandages also came to express their gratitude.

The medical aid allowed us to easily "fly" to the aid of some sick children affected by malaria by sending them to the public health center located near (about 500m) the school for treatment.

The small school pharmacy has been gradually built up with bandages and usual medicines.» 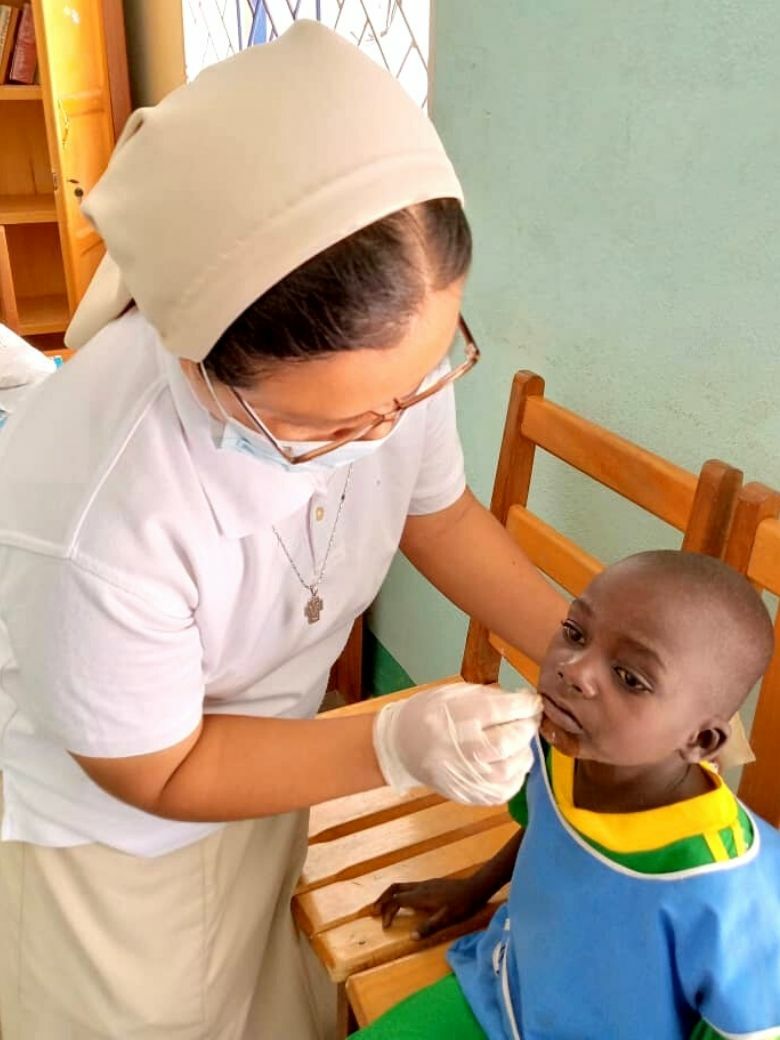 « Regarding the treatment of conjunctivitis caused by the harmattan (dry wind blowing from December to January) which raises dust and affects the eyes, we are waiting for the right moment to get eye drops for this purpose. The deworming of the youngest children will also be done at the same time.

Finally, the teachers are happy to have children who are fulfilled and participate in the pedagogical practices thanks to the beneficial advantages of this project.» 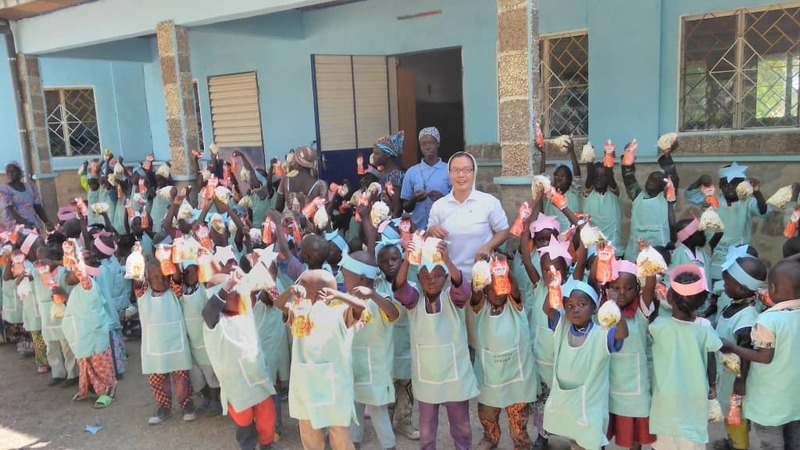 « And we, the Daughters of Charity of the Community of Midjivin join our voices to this rope and assure you of our prayers. » 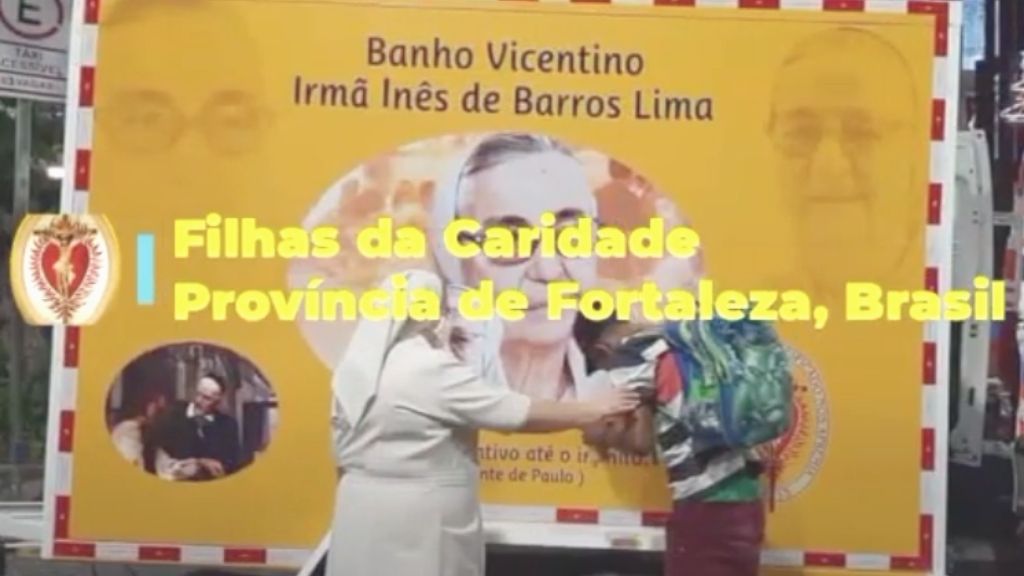 November 22, 2021
On the occasion of the 10th General Assembly of the Daughters of Charity, Pope Francis addressed a solemn message to them on video
Nicolas Petit 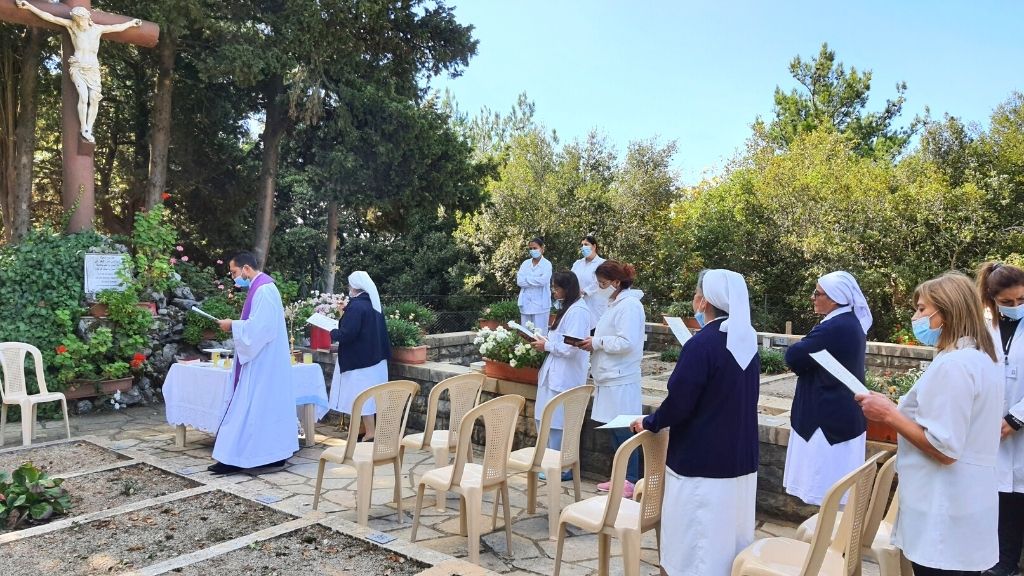